Diablo is one of the pioneer and classic game of the action role-playing genre. Play this classic game once again, download Diablo on your computer
8/10 (64 Votes)
Download 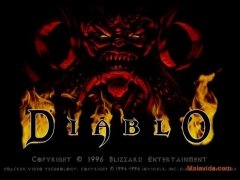 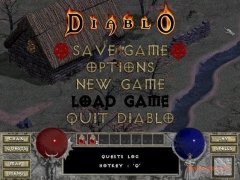 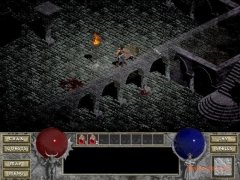 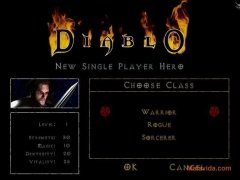 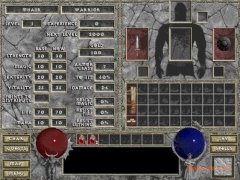 Role-playing games (RPG) for computers have always had a very important place within the video game market. In the first PC era, these games were, in their vast majority, games that showed everything from a first-person perspective. But all this changed with the arrival of a new batch of RPG games, led by Diablo, action role-playing games.

The original Diablo game, which was launched in 1997, set a milestone in the video gaming world and specially role-playing games, and was the start of a very important game saga.

One of the changes that could be noticed with greater ease in Diablo was the graphics, due to the fact that it used an isometric view, as well as this, the game was also characterized by the fact that it didn't set so much importance on the story, but focused more on the destruction of every single enemy the player encountered.

The player was offered three different characters to choose from, each with its own features and equipment: the warrior (powerful in hand-to-hand combat), the rogue (that was especially gifted in the use of bows and crossbows) and the magician (imbued with arcane power to cast spells). Once the player had chosen his/her character and named it, he/she had to decide which features he/she would improve on each level and set out in search of adventure.

Antony Peel
Blizzard Entertainment
Over a year ago
More than a year ago
48.7 MB