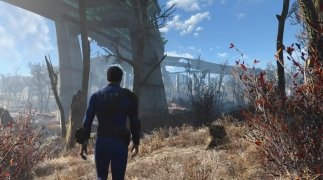 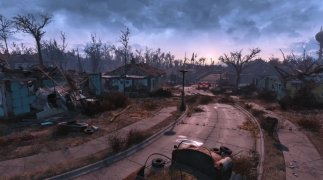 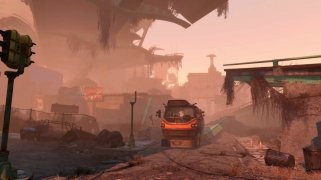 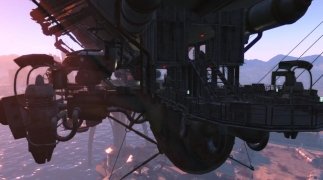 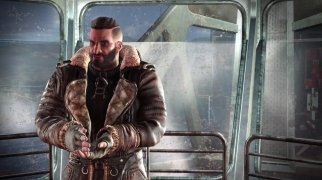 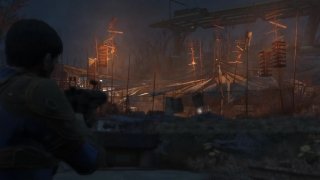 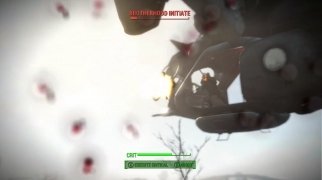 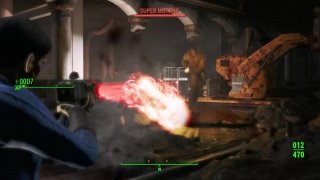 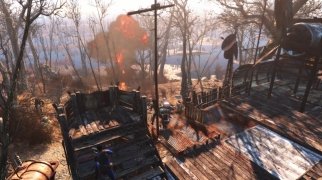 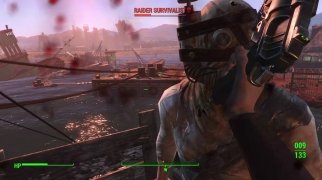 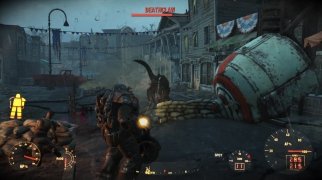 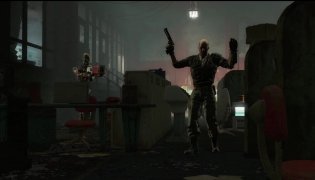 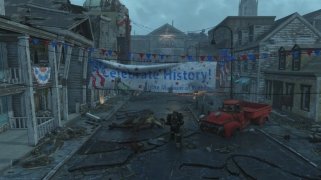 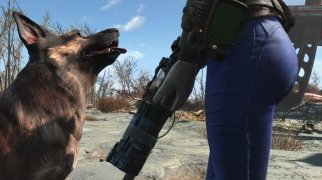 The fourth installment of the Fallout saga takes place 200 years after the nuclear holocaust of 2077. Fallout 4 is set in New England and, despite the action taking place in the 25th century, the storyline starts on October 23rd, 2077, the date of the nuclear catastrophe, when we took shelter in Vault 111, which we didn't leave until two centuries later.

New challenges and new missions to be completed.

Get ready for a new installment of one of the most successful action games, that takes us back to a post-apocalyptic world full of enemies that we'll have to fight against. This time around, we'll be accompanied by Dogmeat, our loyal and indestructible canine friend. This video game has been published in versions for Windows PC, Xbox, and PS4, but unfortunately, we still haven't had the chance to play it on Android smartphones or iPhones. However, there are quite a few companion apps that we've been able to download in APK format.

The truth is that there are more than 4 titles in the Fallout series, as we would also have to include Fallout New Vegas, Fallout Tactics: Brotherhood of Steel and Fallout Shelter. Ever sine the beginning, it has found inspiration on the Cold War culture in the USA of the 50s' in which people believed in a future devastated by nuclear weapons. The first game dates back to 1997 and its different episodes have reached great success on several platforms.

Unlike the saga's two previous games, Fallout 3 and Fallout: New Vegas, the Gamebryo graphical engine is no longer used. Now, it's turn for a modified version of the Creation Engine, used in The Elder Scrolls V: Skyrim. The latter allows us to customize the characters with greater accuracy. In turn, for the very first time, the main character can hold conversations similar to those seen in Mass Effect.

Furthermore, another great feature is that we'll be able to customize the contents by means of installing mods. The latter, developed by users of the gamer community, mainly intend to correct flaws or improve certain aspects of the game. But on other occasions, they simply want to modify certain game options to liven things up and create crazy situations. There are quite a few webs to download them, being Nexus Mods one of the most popular.

And what will we find when playing?

Obviously, plenty of action and a game scenario that will take us to a dystopic future that's equally terrifying and fascinating.

There are quite a few similarities between Fallout 3 and 4, such as the camera, the subjective view of which we can change to third-person view, or some of the enemies that we'll come across. However, there are also quite a few features that give the game its own personality:

All Fallout fans had a long wait for the game to come out. It was announced in June 2015, and although many gamers reserved it, it didn't come out on Steam until November. A long wait that was definitely worth the while.

On the Internet, you'll be able to find loads of guides, tips, and tutorials for this game that teach you how to make the most of different cheats or to find secret content. Just follow them to discover how to get hold of navy weapons or a Nuka-Nuke rocket launcher or even a list of codes regarding different game objects that can be used for future cheats. Immortality, guns, endless money... you can find almost anything to make your gaming experience even more entertaining.

Game critics and user opinions have granted it excellent ratings leading it to be considered one of the best action, role-playing, and adventure games of the last decade. However, competition is fierce, and other titles of the likes of Battlefield 1 are gaining terrain. So, we'll just have to wait for Fallout 5 to see how the saga evolves.

It's quite a demanding game in terms of software, so these are the minimum requirements you'll need to meet to be able to play this title on your PC.

Fallout Pip-Boy Android 1.2
Other languages
We use our own and third-party cookies for advertising, session, analytic, and social network purposes. Any action other than blocking them or the express request of the service associated to the cookie in question, involves providing your consent to their use. Check our Privacy Policy.