2.11.1-rc1 Disney+ or Disney Plus is the North American's giant's attempt to enter the online television business by offering us their entire catalog via streaming
7/10 (864 Votes)
Download 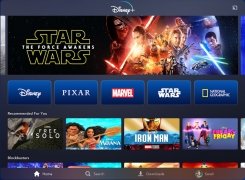 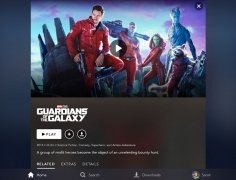 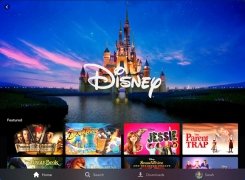 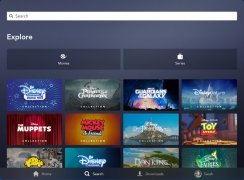 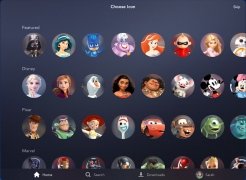 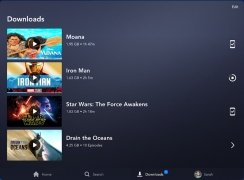 A new actor has just landed in the increasingly saturated and tempting online and on-demand television market, and not we're not talking about any old actor. Disney has created its own streaming platform that intends to compete in equal conditions with giants of the likes of Amazon, Netflix, or HBO (whilst we wait for Apple and Google to get stuck in).

New and classic content on Disney Plus for Android

The Disney+ application for Android offers us access to a catalog of movies and series produced or participated by Disney, whether new films and shows or classic content. Thus, we can watch movies of the likes of Dumbo, Snow White, or The Aristocats but also the full Star Wars saga, Marvel's movies, or the latest Pixar and National Geographic productions.

Regarding the app itself, apart from its own functioning peculiarities, we won't find too many differences compared to other similar apps. These are some of its most noteworthy features:

How to share your Disney+ account
Released in late 2019 at first, the Disney+ streaming platform has expanded its catalog in a big way to bring series and movies from such well-known sagas as Star Wars, Marvel, and so on. Since the subscription prices are somewhat high, it is very probable that you are looking for a way to reduce what you spend per month to be a subscriber, and here, we tell you how you can share an account and everything you need to know about it.

IMAX Enhanced on Disney+: what it is and how it works
One of the biggest new features at Disney+ Day 2021 was the availability of watching some films from the Marvel Cinematic Universe in IMAX Enhanced format.

The Android app to watch movies and series online

The HBO app to watch your series on Android

Disney+ iPhone 2.7.5
Other languages
We use our own and third-party cookies for advertising, session, analytic, and social network purposes. Any action other than blocking them or the express request of the service associated to the cookie in question, involves providing your consent to their use. Check our Privacy Policy.