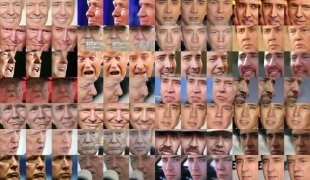 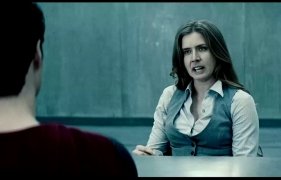 Swap faces on videos by means of AI

Mobile face swap applications have already been around for quite a few years. Some people consider them absolutely brilliant, whilst others think they are stupid: most of us are fed up of seeing photos of our friends and acquaintances with huge anime-style eyes or bunny ears.

However, technology continues to evolve, to such an extent that it can be quite scary. Just like Uncle Ben would say, 'with great power comes great responsibility'.

The new and already famous AI that inserts faces into videos

A Reddit user called deepfakes has managed to develop an application called FakeApp that allows us, by means of AI training techniques, to incorporate photos of faces to videos by means of an algorithm to create masks to replace the faces on the original video. The result can be quite outstanding and very realistic, and its developer confirms that he's still working to improve the results and make the software easier to use.

A glimmer of hope

Yes, there are still people with certain integrity in this digital world. Some users of the application have used this AI to create other kinds of videos that can be considered funny and have even become memes.

Several users with plenty of free time have had fun adding the most famous actor on the Internet, Nicolas Cage, to dozens of movies playing all sorts of roles. He now features in scenes from Game of Throne, Indiana Jones and The Raiders of the Lost Ark, or plays Lois Lane in Superman. Everything can be humor within certain limits.

This technology can also be very useful for movie makers. A user has proven that this face swapping software could be used to add images of young Leia to the Star Wars Rogue One prequel in just a few minutes when the process used by the actual movie took weeks.

If you want to try out FakeApp (only with good intentions, please), it can be downloaded totally free of charge and there's a tutorial that explains how to use this technology step by step until the process gets simplified.