11.0.2 Wondershare Filmora is a functional video editor that offers us all the basic options necessary to edit and mount any recording without advanced knowledge
8/10 (755 Votes)
Download 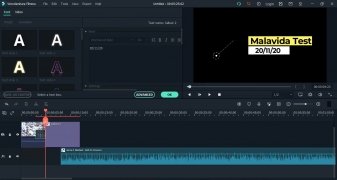 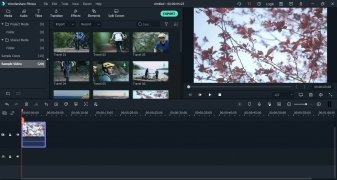 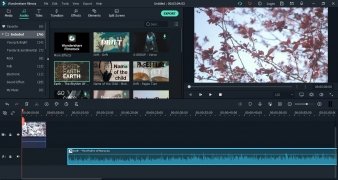 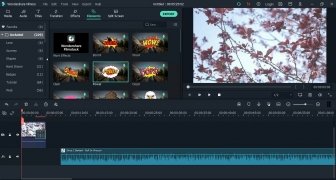 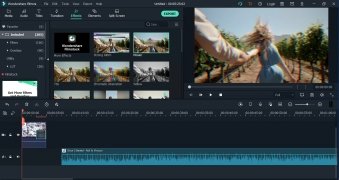 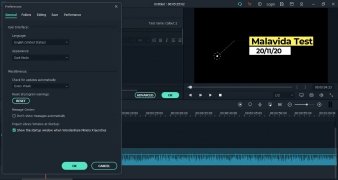 The success behind video editors of the likes of Windows Movie Maker or iMovie is knowing how to take these tasks to a level of simplicity that allows anyone, regardless of their editing and mounting knowledge, to create their own movies. As an alternative to previous programs, we can also make use of Wondershare Filmora, developed by Wondershare, that offers us a simple system to work on our recordings.

This video stands out for two things: its functionality and its simplicity. It's nowhere near professional editing programs because it doesn't intend to carry out the same tasks as the latter. The intention of this software is to offer users with any level of knowledge a fast way to put together their own movies with all the usual effects and functions, and with just a few clicks, forgetting about complicated user interfaces like those of AVID or Adobe's programs.

But if we didn't go beyond the interface, we wouldn't be talking about the editing program chosen by over 6 million users that have given it positive ratings and opinions. And all the latter thanks to features such as the following:

But is it free?

No, it isn't. What we're offering you here is the trial version that allows us to try out its functions with certain restrictions so we can have an idea of what we may find in the full version. If you really like the program, the best thing you can do is purchase a serial instead of downloading some sort of pirate version with a keygen that we don't know who has generated it.

With the paid version we'll be able to use the program without any restrictions, including the possibility to edit videos without watermarks and having access to free updates forever. Furthermore, you should also know that there's an Android version of this app, FilmoraGo. With Windows PC version and the APK installed on our smartphone or tablet, we'll be to sync the projects on both devices.

FilmoraGo Android 6.6.4
Other languages
We use our own and third-party cookies for advertising, session, analytic, and social network purposes. Any action other than blocking them or the express request of the service associated to the cookie in question, involves providing your consent to their use. Check our Privacy Policy.