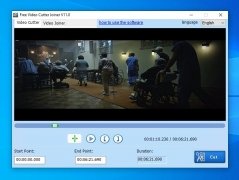 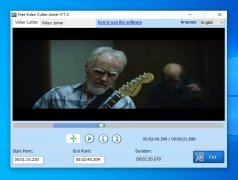 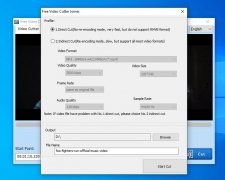 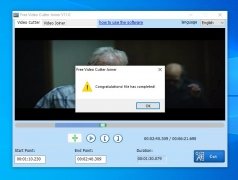 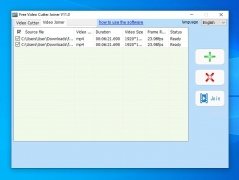 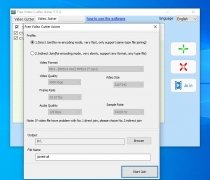 Program to cut and join videos

This is a tool to cut parts from several videos and then join them in a single file. It goes by the name of Free Video Cutter Joiner and it offers us a simple system to carry out this kind of edit.

This tool, available in five different languages, is really easy to use. You've only got to load the video and adjust the times to set the beginning and end of the new clip to be generated. This operation can be repeated as many times as you want on the same or different files.

Finally, if you want all those clips to be part of the same video, you only have to resort to the function to join videos and generate a single file without the parts you discarded. It's very useful if you want to remove adverts from videos, for instance.

These are the main functions offered by FVCJ: