Forget everything you know about FNaF to play the demo of Five Nights at Freddy’s World, a role-playing game that features these animatronic beings
8/10 (503 Votes)
Download 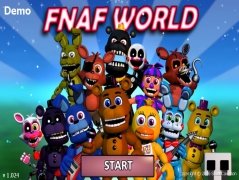 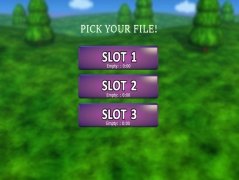 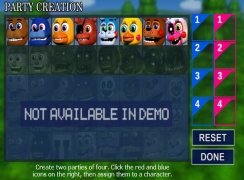 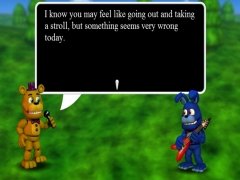 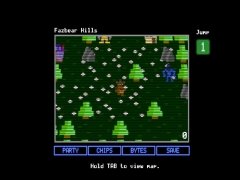 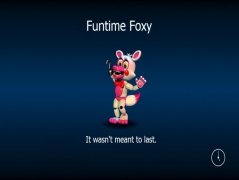 We often automatically associate Five Nights at Freddy’s to the survival horror genre or simply to video games that frighten the life out of us.

But in Five Nights at Freddy’s World, we'll come across a monstrosity hard to explain. It intends to be a role-playing game in which the animatronic beings that scared us so much are now peaceful characters looking for help.

Control your favorite animatronics in an animated adventure

FNaF World is an RPG that takes place in a colorful world of fantasy where the animatronics live. They need your help to try to solve the errors and glitches of their universe that have allowed some strange creatures to visit them.

You'll have to wander around this universe, controlling up to 40 animatronic beings, searching for flaws and attacking the invaders. All the latter, in a boring world, without great graphics and with a plot with a lot left to be desired.

I wanted the characters to be presented as a new fun way because I carry them in my heart and I fancied working on this kind of game...

As you can see, it's understandable that the fans of the FNaF saga are disappointed with this Five Nights at Freddy’s World that's definitely not up to the rest of the games in the saga. Scott Cawthon himself has had to remove the game from Steam and tell the fans of the original game that this is just an incomplete version.

FNAF World Android 1.0
Other languages
We use our own and third-party cookies for advertising, session, analytic, and social network purposes. Any action other than blocking them or the express request of the service associated to the cookie in question, involves providing your consent to their use. Check our Privacy Policy.