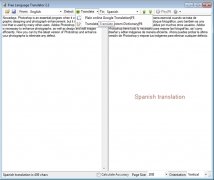 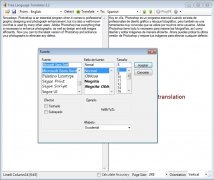 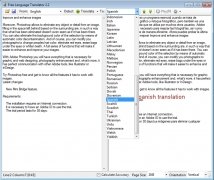 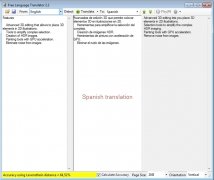 The fastest way to translate texts

Free Language Translator is a simple desktop application that allows you to translate texts in more than 40 different languages. This program uses the Google translation service, but as well as that, it includes its own dictionaries. If you usually use the Google translation tool, Free Language Translator will offer you a comfortable way to translate texts from your desktop.

Moreover, to make it even quicker, Free Language Translator allows you to use keyboard shortcuts for the translations. If you press F5, the text will be translated using the Google service and if F6 is activated, it will use the program's dictionary.

With Free Language Translator you will also be able to import texts in the most important formats as plain text. Furthermore, it includes a function to calculate the precision of the translation: first it will carry out the translation and it then it applies reverse translation to compare the text with the original and check the precision.

Save time by trying out this free translation tool.