1.1 With Lin-X you can enjoy a Linux distribution that imitates the aesthetic of a Mac. Download Lin-X for free and enjoy the meticulous design of Mac OS X
8/10 (44 Votes)
Download 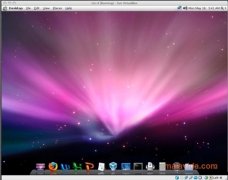 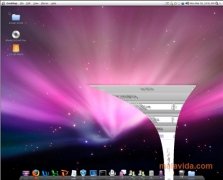 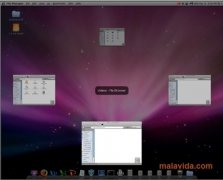 Ubuntu is undoubtedly the most popular Linux distribution as of late, the only downside that it has is its visual interface, that has hardly changed in the last few years. Version after version they promise to redesign it, but due to several reasons it never happens. If we add this Ubuntu deficiency to its limited personalization capacity and the well cared MacOS X design we have the perfect combination for a project like Lin-X to appear.

Lin-X is a distribution that is totally based on Ubuntu, with its repositories, updates and compatible software, where various default applications have been included, with the small difference that its graphical interface is virtually indistinguishable from that of the Mac OS X. Just look at the screenshots, and you'll know what we mean.

The technical requirements for Lin-X are the same as for Ubuntu and of course so are the possibilities and compatibility of both software and hardware. Win Lin-X we'll have the famous Mac OS X dock, the general system texturing and wallpapers. And all of this on a LiveCD that we will be able to try without modifying our computer.