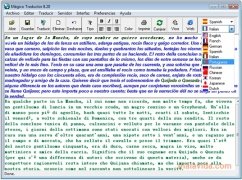 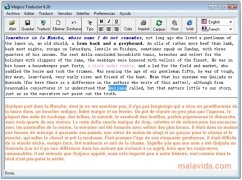 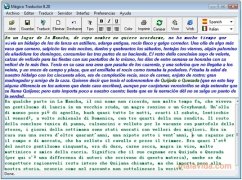 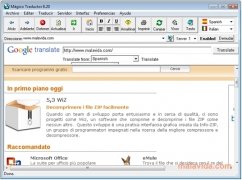 Magic Translator is an application that can come in very handy when working in the information technology field, the truth is that English is the predominant language, but there are other languages that are reaching a very high level of expansion on the Internet, so it can come in very handy to have a good translator like this program that will allow you to understand pages and applications in other languages.

Direct and reverse translations between dozens of languages

It's an application that will translate texts in a more or less complete way. It doesn't have any problem when translating texts with styles, placing bold, italics, changing the color of the fonts or the style of the paragraphs. This software will translate texts in English, French, German, Italian, Spanish, Portuguese, Russian, Chinese, Korean, Japanese and Dutch without any problems and very quickly.

To translate texts, Magic Translator makes use of several Internet servers that are dedicated to this purpose, in such a way that thanks to their constant evolution, you will have more reliable translations. What's more, making the most of this feature, it is also possible to easily translate websites.

The interface of Magic Translator is simple and useful, with two big areas where it places the texts, allowing you to edit both the original as well as the translated text. Furthermore, the buttons and the options are very clear, something that makes it a lot easier to use.

Antony Peel
HunterSoft
Over a year ago
This year
1.2 MB