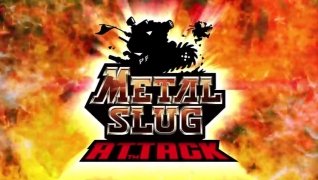 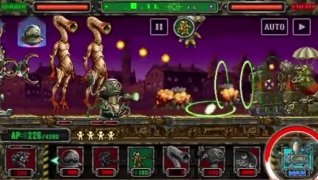 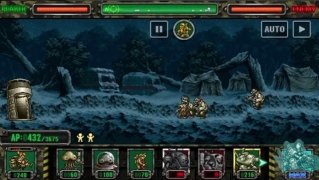 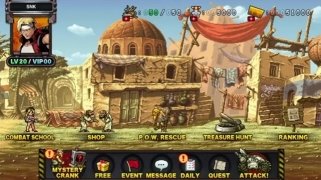 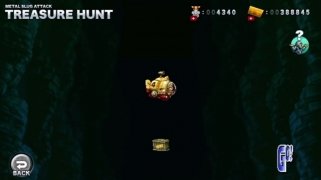 Metal Slug is one of the most popular shoot'em ups around. Since the franchise's first title was launched in 1996 for Neo-Geo arcade machines, different versions have landed on platforms such as PlayStation, Xbox or Nintendo. And obviously, also on mobile phones likes iPhone or iPhone.

To celebrate the twentieth anniversary of the launch of the first Metal Slug, SNK has published Metal Slug Attack, which in turn is a sequel to the Defense version. It includes changes regarding the rest of games but without losing its basic essence.

Metal Slug PC
Other languages
We use our own and third-party cookies for advertising, session, analytic, and social network purposes. Any action other than blocking them or the express request of the service associated to the cookie in question, involves providing your consent to their use. Check our Privacy Policy.