5.3.7 Doodle Army 2: Mini Militia for Android is a multiplayer war game in which you'll face up against other users in fierce all versus all online battles
8/10 (1563 Votes)
Download 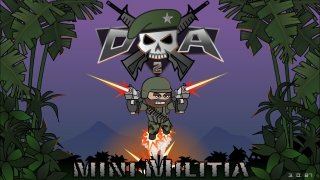 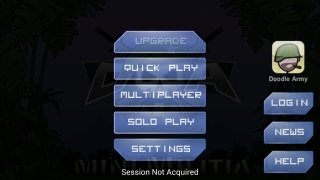 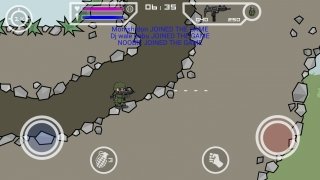 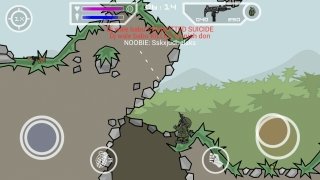 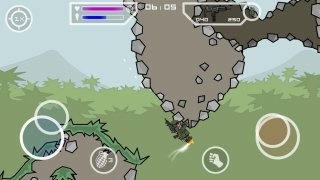 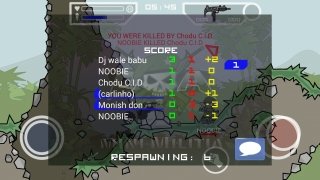 The truth is that the first time you download the APK of Doodle Army 2: Mini Militia and you start playing on any of its servers, you'll definitely get a bit frustrated. The reason why is that they're going to kick the hell out of you in this multiplayer game. However, you'll want to play time and time again until, without even realizing, you become the next John Rambo from your Android device.

In this game, you'll control a small soldier that will have to move around a maze of caves where you'll find all your different enemies. You'll control your hero with one finger, whether on the ground or in the air, whilst you'll use another one to aim and shoot at your enemies, being able to choose between launching grenades or using your fists if you're close enough.

A game similar to Soldat.

The most interesting aspect is that it's a multiplayer game and, therefore, is very demanding and unpredictable: as you know, some users can get really addicted and become real experts. You'll move around huge scenarios, collect heavy artillery and be able to plan cooperative strategies with other users.

DA2 is the second part of the original Doodle Army shooter and has been developed taking into account the suggestions of the users that played the first installment:

The game can be downloaded for free but to be able to play the full version with all its features and options available you'll have to purchase different elements within the application, such as the possibility to customize items and get hold of other online weapons such as rocket launchers or lasers.

Doodle Army 2: Mini Militia iPhone 5.3.4
Other languages
We use our own and third-party cookies for advertising, session, analytic, and social network purposes. Any action other than blocking them or the express request of the service associated to the cookie in question, involves providing your consent to their use. Check our Privacy Policy.