Doodle Army 2: Mini Militia is a shooting video game for iPhone and iPad in which we'll have to face up against other users in online multiplayer mode 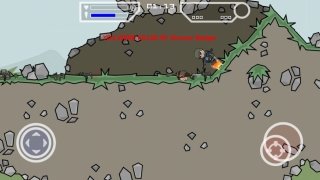 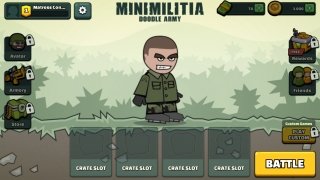 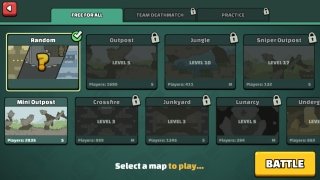 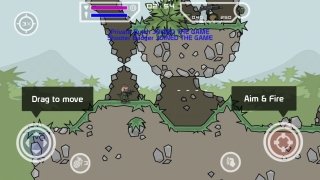 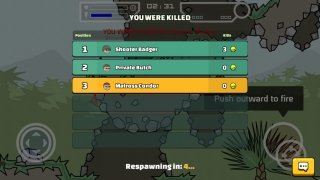 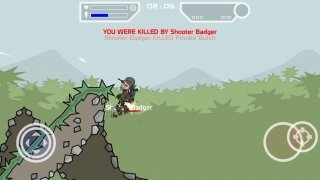 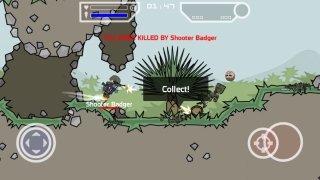 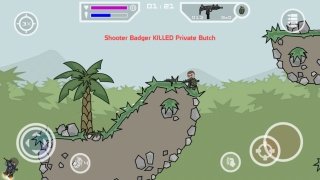 In the second part of Doodle Army, we'll have more of the same but even better. In other words, more shots, more weapons, more settings and better functions to make the most of the multiplayer gaming mode. Not for nothing, it has been developed taking into account the suggestions of the users that really enjoyed the first part.

In Doodle Army 2: Mini Militia we'll find a video game that allows us to fight with up to 8 players at the same time, on settings in which we'll handle our main character, collecting the weapons and ammo that we come across while hunting down our enemies.

On a 2D scenario similar to that of Soldat that appeared some years ago, we can make use of all sorts of weapons: from simple guns to heavy artillery with a great destructive power, such as flamethrowers or rocket launchers. And if you run out of bullets, it's time to use your fists.

An online multiplayer shooter that will put your shooting skills to the test.

In this game we'll be able to make use of all sorts of weapons: AK47, UZI, machete, Magnum, grenades, Desert Eagle... We can also use power-ups that will help us out in certain situations, such as health packs, greater flying speed or an anti-bullet shield.

The game can be downloaded for free but by acquiring the full or pro version by means of in-app purchases we can access the entire collection of online weapons as well as different customization options.

For the time being, Doodle Army 2 can't by downloaded for Windows PC or Mac, unless you download its APK and run it on an Android emulator compatible with these operating systems.

Doodle Army 2: Mini Militia Android 5.3.4
Other languages
We use our own and third-party cookies for advertising, session, analytic, and social network purposes. Any action other than blocking them or the express request of the service associated to the cookie in question, involves providing your consent to their use. Check our Privacy Policy.