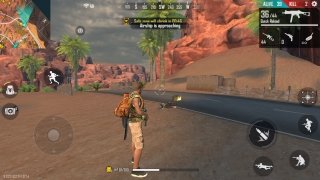 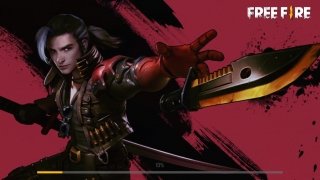 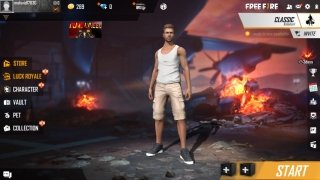 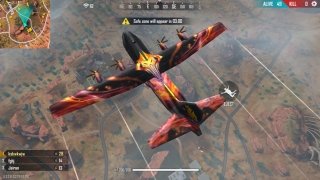 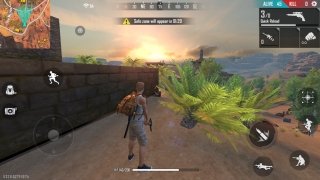 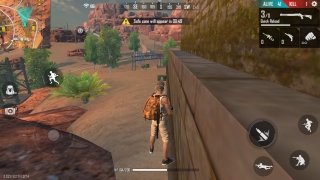 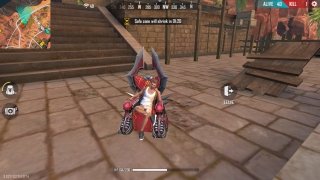 Although its name may be somewhat misleading, this game has nothing to do with the movie Free Fire. Just take a look at the trailer or read the synopsis on FilmAffinity or IMDb if you don't believe us...

No, this is Garena Free Fire an action-packed game for iPhone that's basically a Battle Royale. In other words, the character we have to control has been abandoned on an island together with other players like yourself and will have to survive whatever it takes to be the last person alive.

An all versus all online action game

A total of 50 players will take part in this game and in which only the last one standing will win. The only advantage is that will be able to choose our initial position in the game as we can control the parachute landing. Once on the ground, we'll have to find out how to get hold of weapons and supplies.

You'll only win if you're the last player standing.

These are the main features and functions that we'll come across in this online multiplayer action game:

It's an interesting action and shooting game in which we'll control our character from a third-person point of view, although whenever we use a weapon to shoot or try to kill our enemies, it will remind us of a first-person shooter.

We also have to mention the game's graphics which have led it to become one of the most downloaded action games for Android. However, there's no such thing as a version for PC or Mac, so we'll have to download the corresponding APK file and run it with an emulator.

Garena Free Fire Android 1.64.1
Other languages
We use our own and third-party cookies for advertising, session, analytic, and social network purposes. Any action other than blocking them or the express request of the service associated to the cookie in question, involves providing your consent to their use. Check our Privacy Policy.