Garena Free Fire, one of the best battle royale games apart from Fortnite and PUBG, lands on Windows so that we can continue fighting for survival on our PC 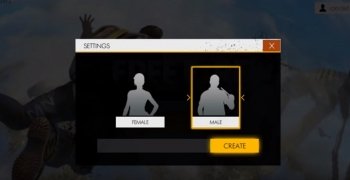 If you had to choose the best battle royale game at present, without bearing in mind the omnipresent Fortnite and PlayerUnknown's Battlegrounds, which one would it be? Many of you would probably go for a title that's a hit on Android and iPhone thanks to its great playability as is the case of Garena Free Fire, previously known as Free Fire Battlegrounds.

This game that has become so popular mainly due to its immediacy (matches only last 10 minutes) now arrives on Windows so that we can continue to enjoy playing this survival shooter straight from our PC, using a mouse and keyboard. However, it's not a native version, but the APK of the mobile version and an Android emulator.

Therefore, you can imagine that the features of this desktop version are identical to those of the Android version: