GTA 5 - Grand Theft Auto takes us back to Los Santos and California of the legendary GTA: San Andres. New adventures and missions on an endless scenario 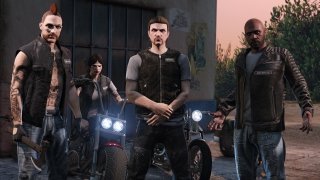 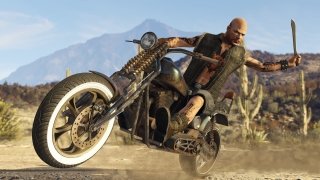 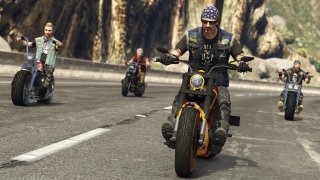 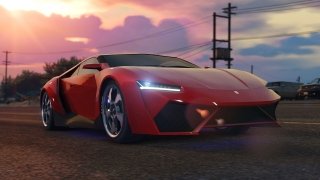 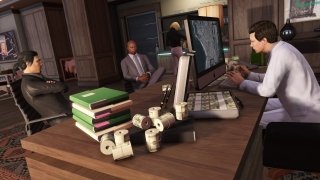 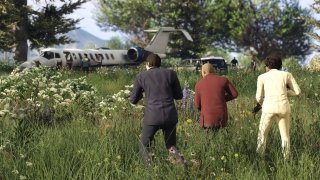 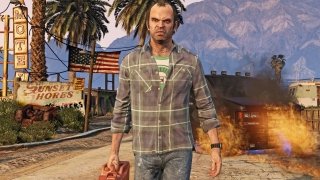 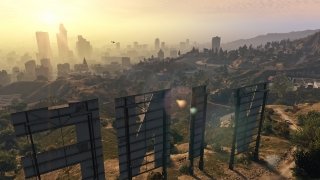 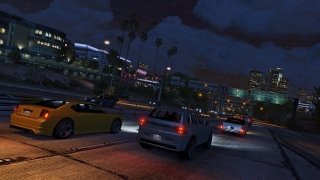 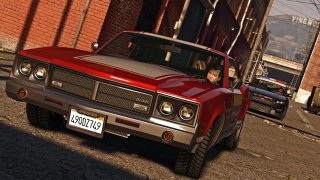 Grand Theft Auto is one of the most stunning and successful video gaming franchises of the last few years. that has been a success on all sorts of platforms: Windows, iPhone, Android, PS3, PS4, Xbox... The open world in which the action takes place, its freedom of movements, its characters, and plots, have all made each one of its installments a great hit.

GTA V: Back to Los Santos

The recreation of the Los Angeles of GTA San Andreas appears once again in this GTA 5 - Grand Theft Auto, a game in which its three main characters (a swindler, a bank robber, and a psycho) get involved with the worst criminals around, corrupt US government officers and the showtime business. From there on, you know what's going to happen: violence, the underworld, and a huge world to be explored and where our missions have to be completed.

A much smoother gameplay

One of the best features of this new San Andreas is that the gameplay has become much smoother, coming much closer to the shooter genre, making the experience much faster and more fluid: more action and less adventure.

The 265 million spent on its development have placed Grand Theft Auto 5 as the second most expensive game of all time.

This is the multiplayer mode of Grand Theft Auto 5 that, despite being initially developed as a standalone installment, was later included as a patch for the original game. With the latter, we can play solo against other users or by teams in different game modes: deathmatch, team deathmatch, missions, last team standing, capture, races... and even a scenario featuring biker gangs in which the characters will fit in perfectly.

And if you've got trouble trying to complete any of its stages you can always resort to the uncountable cheats, advice, guides, and codes you can find on the Internet: it has a very large and active user base. Let's just hope the developers start bringing out mods to expand the game's possibilities.

You already know that GTA 5 for PC will become a classic from the very moment it's launched. Therefore, don't hesitate to get hold of the most stunning and flashing action game of the last few years.