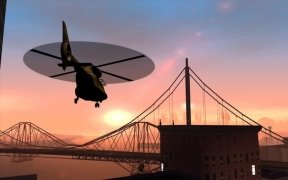 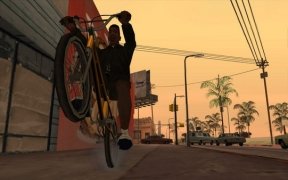 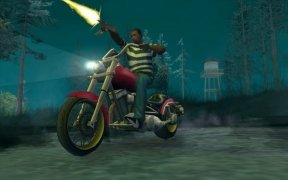 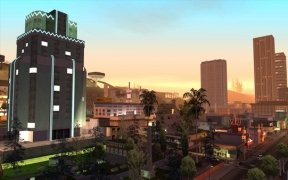 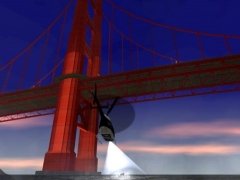 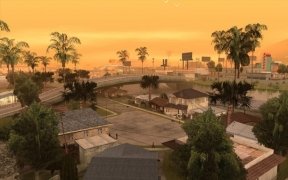 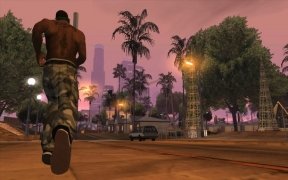 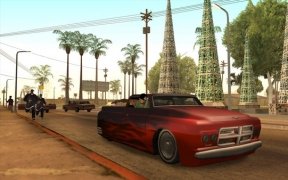 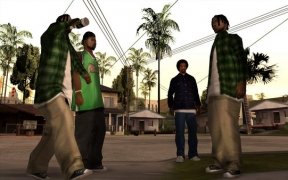 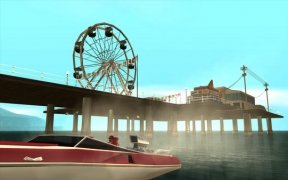 Rockstar and its Grand Theft Auto saga have been delighting enthusiasts of action games ever since the publication of the first GTA for PlayStation and PC back in 1997. Since then, multiple versions have taken place on different scenarios and with increasingly better graphics, but all of them have a series of common features that distinguish them from other video games: plenty of action and violence, stunning vehicles to flee from the police, organized crime, missions to fulfil to keep the mafia happy and an open-word to be explored freely.

And following suit, we've got this GTA San Andreas - Grand Theft Auto, belonging to the third generation of the saga and published in between the titles of GTA Vice City and GTA Liberty City. The action takes place in the fictional state of San Andreas, inspired by California and Nevada, and the three major cities that are part of it: Los Santos (Los Angeles), San Fierro (San Francisco) and Las Venturas (Las Vegas). That's where Carl Johnson, aka CJ, has gone after five years of absence, due to the death of his mother and his thirst for revenge. But after attending the funeral, he's framed with a murder he didn't commit and is obliged to explore the state to protect his family and become the leader of a criminal organization, completing all sorts of missions.

Accompany CJ in his adventures around Los Santos, San Fierro and Las Venturas.

In view of this plot, nobody should be surprised about the fact that game has been a real hit on different platforms. After its initial launch for PS2, PC, Mac and Xbox 360, it was also published on PS3, PS4 and it even arrived on mobile platforms such as Android, in APK format, or iPhone, where it's still one of the favorite games of any user.

In a sandbox game in which possibilities are never ending, it's always handy to be able to make use of certain chats to be able to solve the most complicated situations or simply a manual or tutorial to guide you through such a huge game. By making a quick search on Google you'll be able to find out how to get hold of one weapon or another or which is the fastest car to escape from the police. There are hundreds of cheats for this game.

But beyond this minor aids, you should know that there you can make use of a series of cheats through codes that allow you to unlock different elements or activate settings and possibilities that make the game much more entertaining. Thus, during the game, by means of inputting a series of alphanumerical chains (you'll find them on any gaming site) you can do incredible things such as making Elvis appear all over the place, obtaining infinite ammunition and health, making boats and cars fly, becoming a sex symbol for girls, changing your physical aspect, getting hold of different sports cars, or changing the weather conditions whenever you want.

Where can I download San Andreas free for PC?

Well, free of charge? Absolutely nowhere, since it's a pay-to-play game, just like the other titles in the Rockstar saga. However, since it's a game with quite a few years behind it, it's not at all expensive. You can get hold of it via Steam from where you can download the full game for the affordable price of 9.99€. However, loads of people want to know how to play GTA without downloading anything, obviously looking for some kind of online version of this action game. Unfortunately, such thing does not exist.