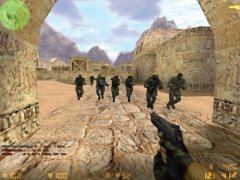 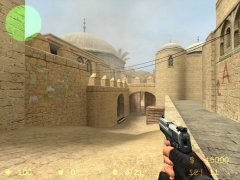 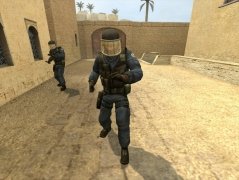 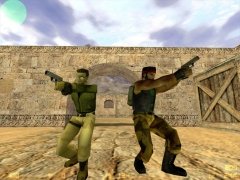 Feel the most throbbing action with one of the greatest action titles launched for PC, Counter Strike. This first person shooter caused a great impact among players worldwide, that embraced a virtual weapon to face each other in combats that you will now be able to relive once again.

It's better to shoot in company

There were many reasons that made Counter Strike such a special game, but its multiplayer mode is probably the most important factor. Counter Strike online offered the possibility to take part in battles between various players with its addictive multiplayer mode, in which it was possible to create groups to fight against other users. The coordination will be a very important factor if you don't want to end up being shot in the head.

Each of the groups, taking the role of terrorists or antiterrorists, will have to take part in a succession of time-limited assaults to try to eliminate their enemies and reach the areas of the map where the final objectives of each mission can be located. Don't forget that in Counter Strike cheats are part of the game: you'll be able to find many of them on the Internet.

Counter Strike is a MOD of another popular video game, Half Life, that especially enhances the multiplayer section. Make use of the different weapons and skills depending on the side you choose.

Live the thrill of the battlefield on your PC by downloading Counter Strike for free.