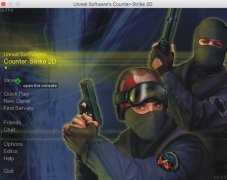 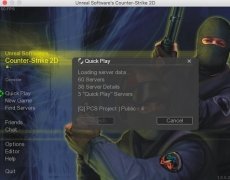 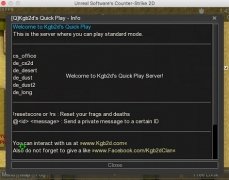 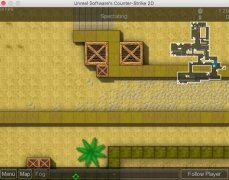 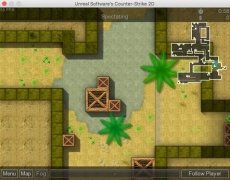 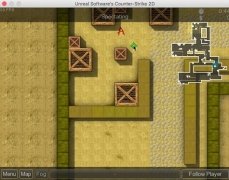 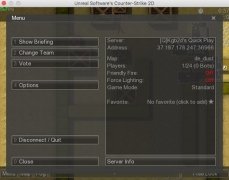 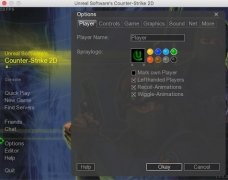 At this point, you should already know that one of the most famous multiplayer action games of all time is definitely the shooter Counter Strike. Many different, official and unofficial, versions have been developed for different platforms such as Windows, Android and now also Mac.

However, the game we're talking about today has nothing to do with they legendary versions 1.6 or Global Offensive, but is an alternative development that will allow you to take part in online combats between you and the rest of players on a bidimensional plane, with a top-down point of view that will remind you of old games from the 16-bit gaming arcades and PCs from the 90s'.

The famous multiplayer game from another point of view.

The truth is that it's basically a change of point of view because you can continue playing just like you used to, against other online players or against enemies controlled by the computer. The targets to be fulfilled are also the same, although you can also play capture the flag and domination. Here's a list of the main features that we can find in this version for macOS:

Counter Strike Portable Android 2.62c
Other languages
We use our own and third-party cookies for advertising, session, analytic, and social network purposes. Any action other than blocking them or the express request of the service associated to the cookie in question, involves providing your consent to their use. Check our Privacy Policy.