3.7.60.0 With Microsoft Sticky Notes you can use the classic sticky notes on the screen of your PC. Take notes, write reminders, and synchronize them with other apps
8/10 (40 Votes)
Download 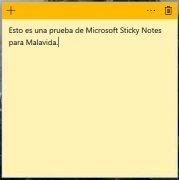 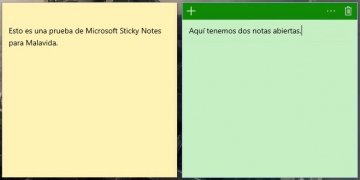 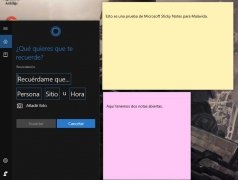 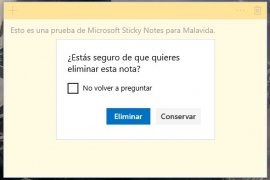 Some of you that used older versions of Windows such as Windows 7, Vista or XP, or even Mac or Ubuntu, might remember programs to write down notes such as Sticky Notes. The latter imitate the classic Post-its, those tiny yellow pieces of paper invented by 3M to jot down important things to stick them wherever we want.

Don't miss any ideas for not writing them down: use Post-its

Well, the intention of these applications is to provide our PC's desktop with the aspect of a physical desktop, with notes and sheets of paper with reminders filling up any empty space, as if it were our real desk. And now there's a new version developed by the guys at Redmond so it integrates perfectly into Windows 10. We're talking Microsoft Sticky Notes that brings back Post-its to our PC but with an improved design, much smarter than before and with support for touchscreen devices.

The app will allow us to take notes in a very graphical and visual manner that we can combine with several system tools, such as Cortana. It offers us the possibility to keep track of small things, establish reminders, write down ideas that come to mind while working on our computer... anything that we'd do with a real notepad.

It's a great program that can improve the user's productivity, but with a drawback for many users since it's only available in English. Unfortunately, we can't synchronize it with apps on other devices, such Android, iOS or Windows Phone.

Capture your ideas as notes