10.44.8 The Evernote desktop client for PC allows you to save and organize all your notes as fast and as simple as possible to not forget about anything important
8/10 (24 Votes)
Download 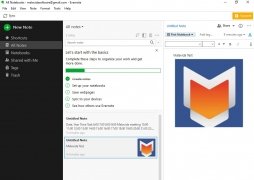 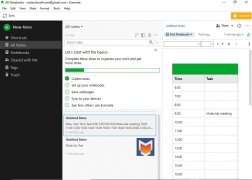 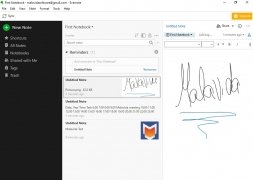 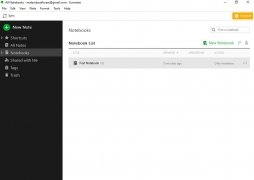 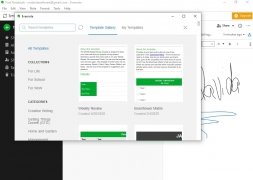 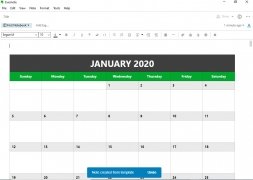 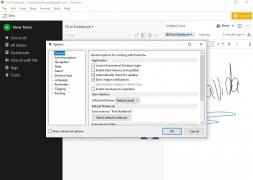 Inspiration, creativity and great ideas come and go and may spring to mind at any moment. We're not always going to have pen and paper at hand to be able to write them down. And that's where Evernote comes in, a multiplatform application with which we can capture all our ideas as notes and keep them and organize them in notebooks so we never forget about them, wherever we are and in any circumstances.

Make sure you don't miss or lose any ideas or contents.

And to take notes and set reminders on our Windows computer, nothing better than the official desktop client of the application, from which we'll be able to create all sorts of notes: from text notes to handwritten notes, as well as audio notes, notes recorded with our webcam or even screenshots. Where are they stored once created? Well, on the cloud so you can access them from any other device, whether Android, iPhone, Mac, Linux, or the application's web version.

What is Evernote Webclipper all about?

Webclipper is a functionality of this software that works like a plug-in or extension for the main web browsers: Chrome, Firefox, Internet Explorer, Edge, etc. It's the next step in the evolution of bookmarks: with a single click you'll be able to save any web to read it later on with more time, and thanks to this add-on it will be added straight to your notes so you don't forget.

A save button for the web.

But, not only will you be able to save the webs you're interested in the most, as you can also write notes on them and highlight text fragments, indicated which parts you've found more interesting or simply marking those parts you've already ready so as not to go over them again.

What plans are available?

This software has a free version, but it also comes along with two paid plans with which you can expand the program's basic functions.

Evernote vs OneNote and Springpad. Which one's better?

The latter is obviously not the only program to take notes available for Windows. There are plenty of alternatives out there. Worse or better? That, as always, depends on what each user is looking for.

One of the best options is, without a doubt, Microsoft's solution, OneNote, especially if we're familiar with the office suite developed by the guys at Redmond since it's integrated into Microsoft Office, and therefore its learning process is much easier than that of the software represented by an elephant's head.

With regard to Springpad, there's absolutely nothing to discuss. The online service to take and organize notes closed down in June of 2014, asking its users to automatically migrate to Evernote, so it's quite clear who won the battle between these two applications.

Manage and organise the work of your project team

Evernote Mac 10.36.4
Other languages
We use our own and third-party cookies for advertising, session, analytic, and social network purposes. Any action other than blocking them or the express request of the service associated to the cookie in question, involves providing your consent to their use. Check our Privacy Policy.