1.0.0 MiMoji is Xiaomi's app with animojis similar to those of Apple's iPhone. Record videos in which different emojis can react to your facial expressions
8/10 (31 Votes)
Download 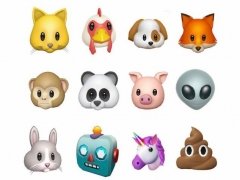 The facial recognition functions incorporated by certain Android phones and iPhone through the notch on the upper part of the device's interface has contributed towards the development of animojis. The latter, invented by Apple, made different emojis react to our facial expressions, imitating our gestures.

This function has now been copied by other brands such as Huawei or Samsung, as well as Xiaomi that has just released MiMoji. The app offers us quite a few characters to choose from, some of which are similar to Apple's. Once we've chosen our favorite one, we simply have to press the red button to record videos with voice messages that we can share through different apps such as WhatsApp.

The application, that includes a male and female voice modulator, comes along in APK format and for the time being, you won't be able to download it from Google Play.

Keyboard to improve your productivity when typing on Android

Create beautiful avatars for your apps or social networks