How to get iron in Minecraft and what to craft 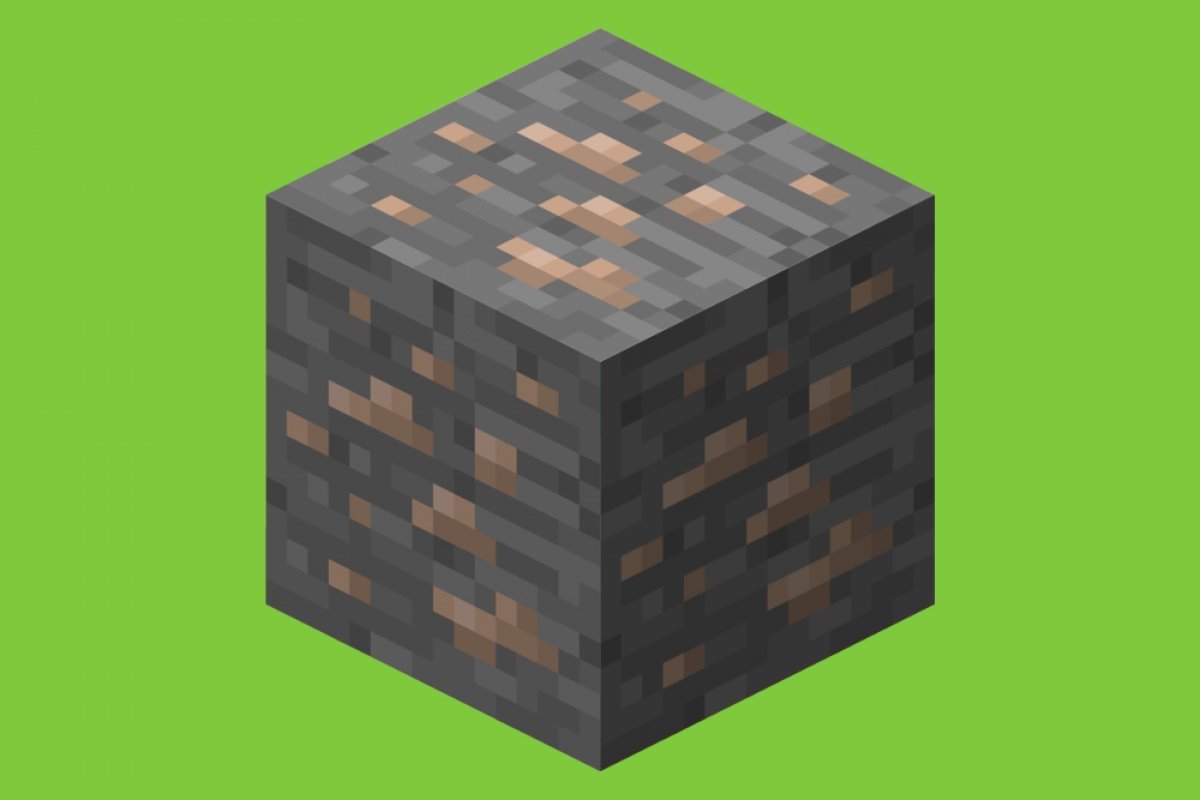 WhatsApp Share Tweet Send
Let us show you how to get iron, one of the most important minerals in Minecraft. By doing so, you will be able to progress in your adventure and get new objects and minerals

Iron is one of the most valuable materials in Minecraft. To get it in survival mode, follow our steps. In the creative mode, there is no problem because you already have iron in your inventory. Even so, if you want to find it on the map, you will be able to do so.

Where to extract iron and how to do it

First, you must make a stone pickaxe. Start by collecting wood to create a crafting table, and then, collect more wood and sticks to craft a wooden pick. You need to place 3 blocks of wood in the top three boxes of the mapping grid and two sticks on the vertical line in the middle. 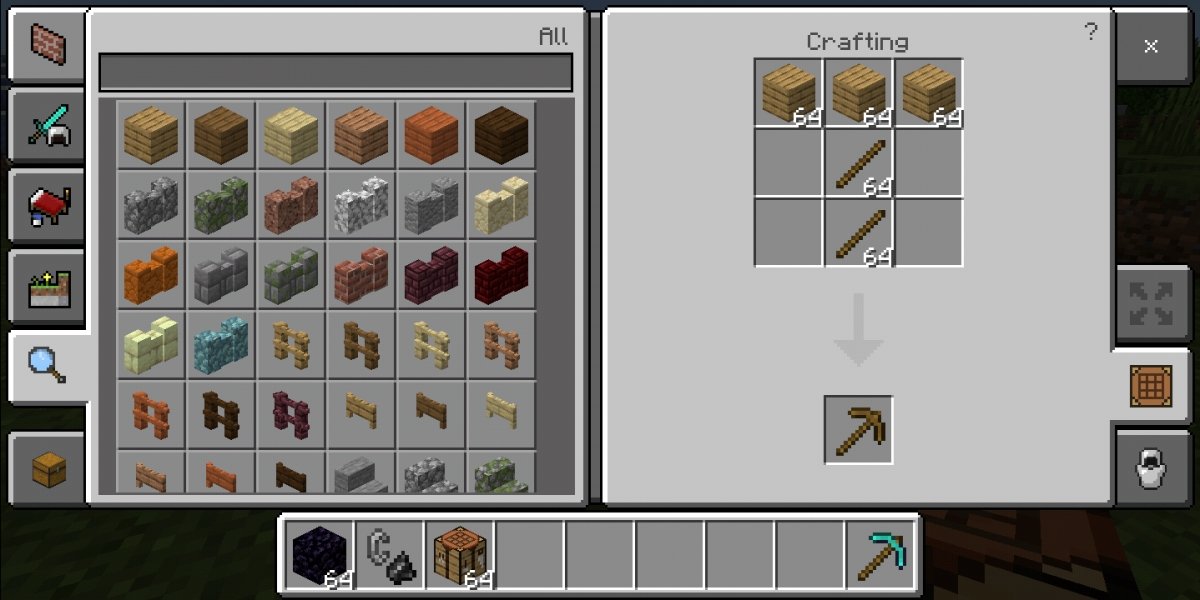 With the wooden pick, you can mine new materials, including stone. It is one of the most common materials in the game, you can find it in rocky areas of your virtual world. As soon as you have several blocks of stone, repeat the previous step, but in this case, put 3 blocks of rock in the upper squares. 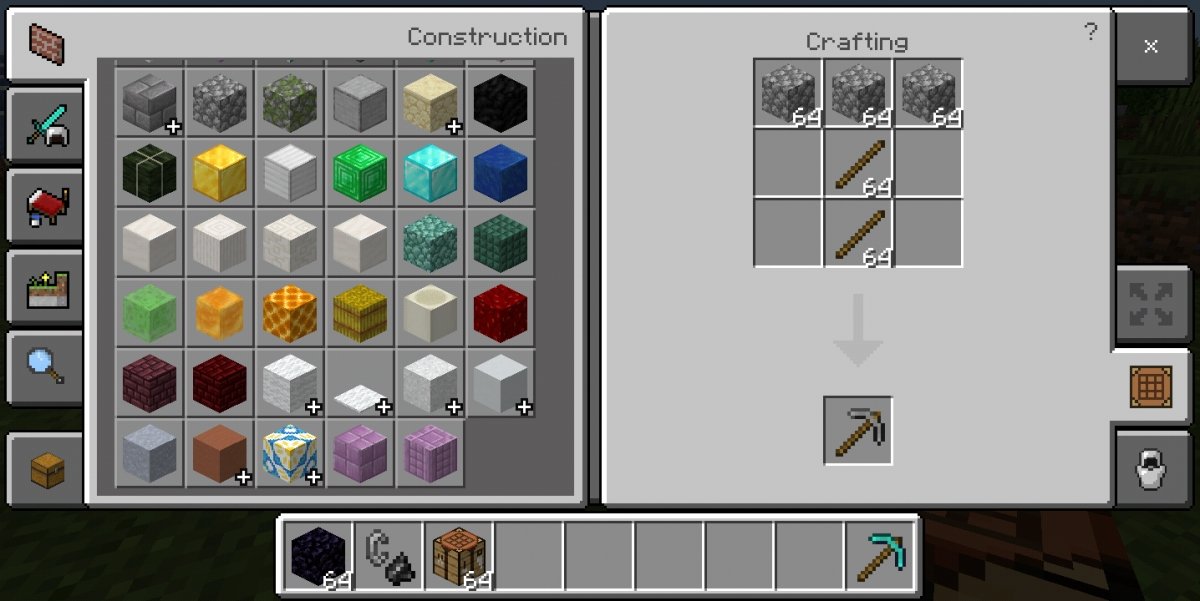 You will need lots of torches since we are going deep inside and there is no light there. So, it will be impossible for you to see a single thing without burning torches. To make torches, you need wooden sticks and coal. 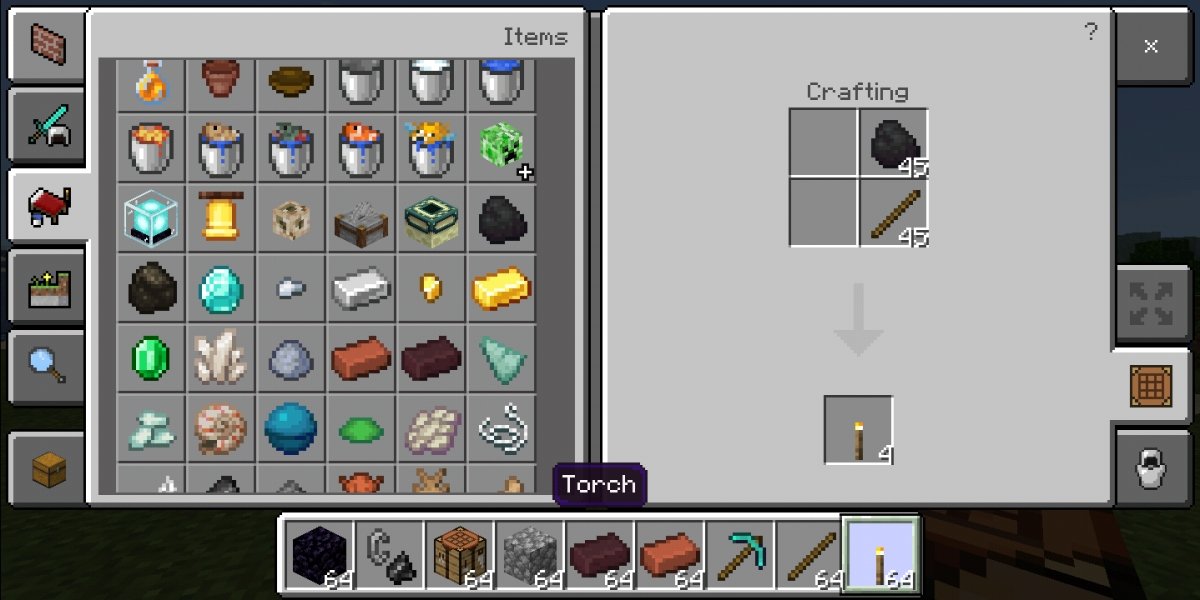 Collect plenty of earth blocks, otherwise, you may not be able to get out of the mine we are going to excavate. Find a cave and go inside. The probabilities of finding iron by digging from the surface are minimal, so you may want to find a cave and dig a lot. 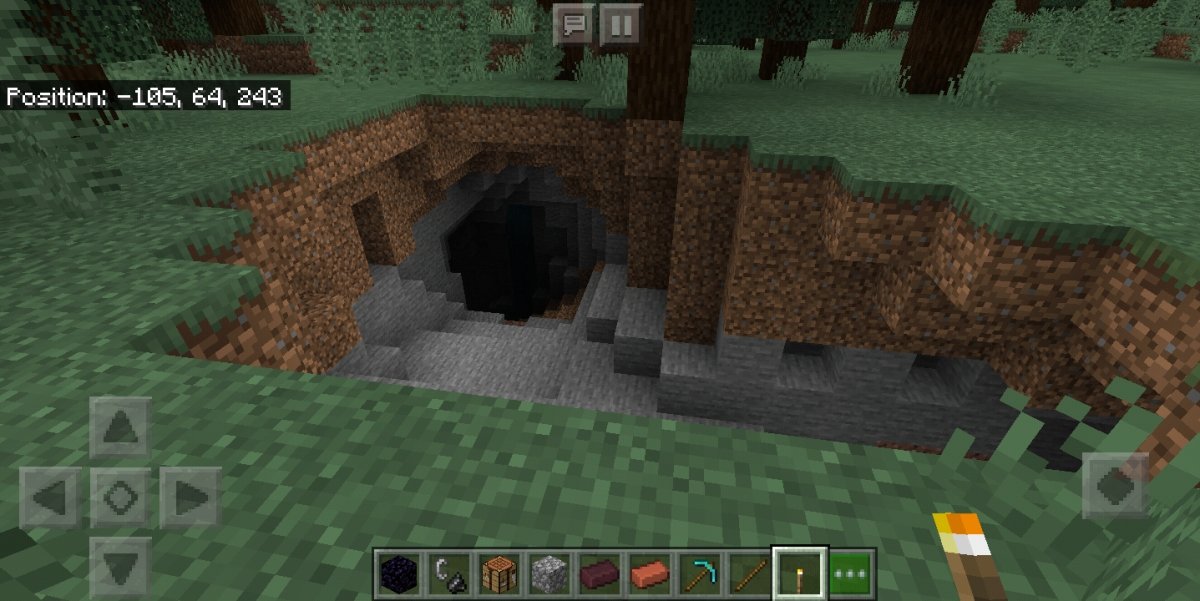 Entrance to a cave in Minecraft

The iron veins are between levels 1 and 63, so check the Y-axis all the time to make sure you are on the right levels. These veins can be distinguished by their orange, pink, or brown color on the grey stone. Look for a block of this type and use the stone pickaxe to mine the material. Keep in mind that iron veins are usually found in 2x2x2 blocks.

An iron ore in Minecraft

Once you have the ore block, use a coal-fired furnace to melt the blocks and create iron ingots. To create the oven, all you have to do is open up a crafting table and place 9 stone blocks around its perimeter. Then, simply enter the furnace and place the iron ores together with fuel to obtain the final ingots. 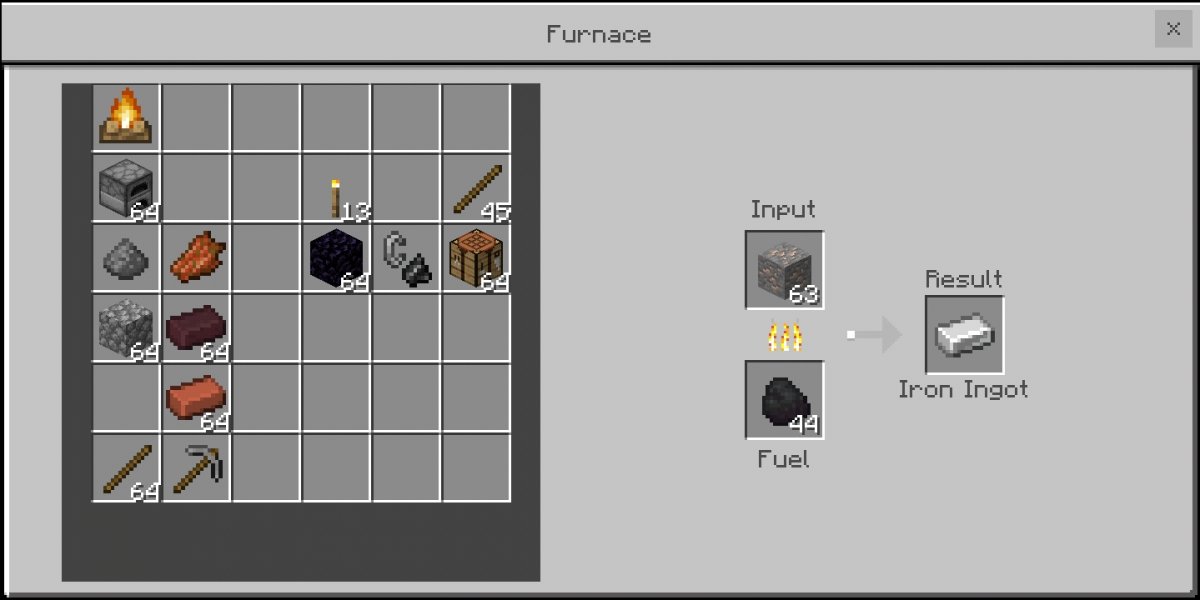 Creating an iron ingot smelting an ore with coal

What can be done with iron ingots?

Iron ingots can be used for a variety of purposes in Minecraft. Obviously, it can be used in weapons and armors to make them more sturdy, for example, the iron pickaxe (the minimum level to extract different necessary materials such as gold, red stone, or diamond), but it can also be used to create swords, axes, shovels, hoes, and more. You only need to combine the ingots with sticks on the crafting table. For armor and clothing, iron is used to make helmets, chest plates, greaves (the part of the armor that protects the legs), or boots.

Iron ingots can be used to create an iron block, used for construction or storage method. In some cases, you will be able to use these ingots to trade with villagers and merchants. Some villagers such as blacksmiths buy iron ingots in exchange for emeralds.