MultiTranse is a translation service compatible with the majority of languages, even those that don't belong to the Latin alphabet. Download MultiTranse now 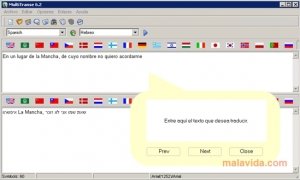 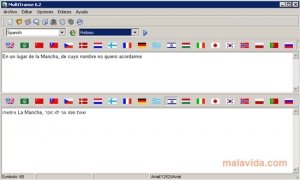 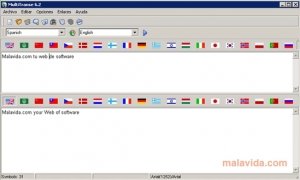 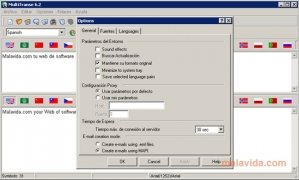 Online translator that makes use of multiple free resources

Living in a globalized world has its advantages and inconveniences, and one of the biggest drawbacks is the large amount of languages in which information can be found, something that we can solve with a translator like MultiTranse.

A desktop alternative to Google Translate

MultiTranse is a program that allows us to easily translate any kind of text between a large amount of languages, among which we will find: English, Spanish, French, Hebrew, Chinese, Greek, Italian, Portuguese, Russian, Japanese, Korean and many more. This means, with MultiTranse all the major languages are available to quickly translate texts.

Make yourself understood in any foreign language.

The software uses various translation engines on the Internet to connect to and manage to obtain the best conversions between languages. MultiTranse is perfectly compatible with languages that don't use the Latin alphabet, because it shows both Cyrillic letters as well as Kanjis without any problems. As soon as it is launched, MultiTranse shows a small manual so that the user can clearly see how the program is supposed to be used to make the most of its performance.