USB pendrives aren't safe from being attacked by viruses. Protect yours by downloading Mx One Antivirus free, it will allow you to immunize it from attacks 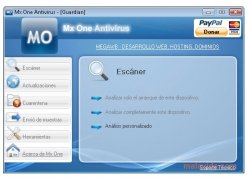 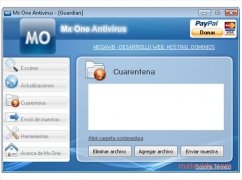 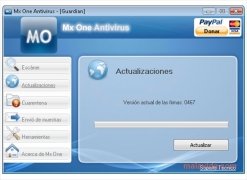 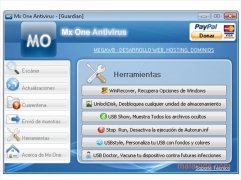 Who hasn't got a USB pendrive with various gigas of memory? Nowadays it is very common to have one, or various, of these storage devices with which it is possible to transport information or to have access to portable applications, but what happens with viruses? Mx One Antivirus will take care of them.

An antivirus for USB sticks

This antivirus, far from trying to protect the full system, is uniquely designed to protect pendrives. There are two ways of installing it, on a system where many pendrives are usually connected by various people to protect both the system and the pendrives or straight on one of the flash drives to make sure that no viruses can be installed on it.

Of course, Mx One Antivirus doesn't necessarily require to be installed on a pendrive, it can also be launched from an iPod, MP3 or MP4, or any other memory card or external memory, because it will automatically launch as soon as it detects a connection to a computer with a Windows operating system.

Like many antiviruses, Mx One Antivirus has frequent automatic updates and a heuristic module that allows it to detect viruses even when they haven't been cataloged in its database, by simply analyzing their behavior.