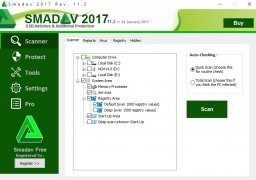 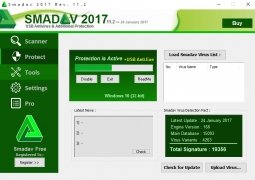 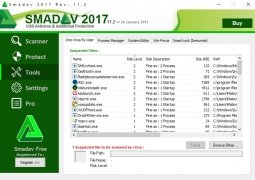 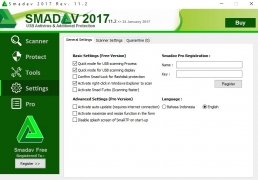 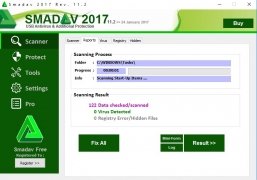 Antivirus designed to work as an additional security layer

Smadav's antivirus definitely doesn't intend to replace your Avira, AVG, Kaspersky or Norton as your main protection. It's a program that offers us an additional security layer especially designed to protect USB memory sticks, memory cards and flash drives against virus infections and other malware strains.

What does it do and why should I download it?

As we've mentioned, Smadav Antivirus 2021 works together with your other security barriers, therefore, it won't create any kind of conflict. The main security issues are delegated on your main antivirus, whilst it takes care of playing special attention to USB sticks and other flash memory units since the latter are currently the main physical units that spread infections.

A second opinion in the case of virus infections.

With a memory consumption that doesn't exceed 5 MB and a CPU usage below 1%, you can keep all threats at bay to protect your computer and the information contained.

These are the main functions and features of this antimalware system:

There's a Pro or full version, and a free version. Both allow us to scan the system, but the paid edition obviously comes along with extra functions, including automatic updates (in other words, its database includes all new viruses found, as well as those registered in 2016, 2015, 2014...). Unfortunately, it looks like we're going to have to wait some time to be able to get hold of the APK version for Android.