Numberator is a curious tool to transform any number figure into text. Download Numberator and learn how to write numbers in several foreign languages 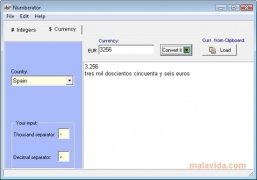 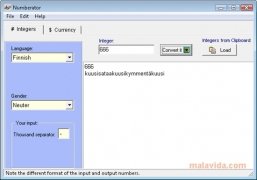 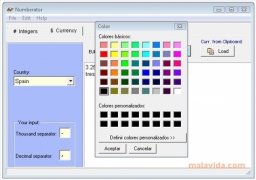 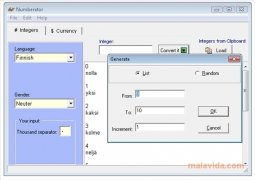 Sometimes those applications that are easier to use and more simple are the ones that come in handier to automate processes that we have to carry out frequently. That is the case of Numberator, a small application with which you will be able to convert any number into its written expression in the language of your choice.

Although small amounts are easy to learn in practically any language, the larger numbers can be rather complicated to pronounce and write. That is when Numberator will really show us its full power, being capable of transcribing amounts that range between zero and 999,999,999,999,999. It will also come in very handy to transform monetary symbols.

It is very easy to use, all we will have to do is input a full number in the box that has been designed for that purpose, to select one of the languages that is compatible and press the “Convert it” button. In an instant, we will have the full written representation of any number.

The application supports 17 languages, among which we will find English, German, Spanish, Japanese, Norwegian, Portuguese, Swedish, French and Italian.

Antony Peel
Numberator
Over a year ago
This year
1.3 MB