Turn your computer into a Nintendo 64 video gaming console thanks to the Project64 emulator. Play some of the games that are living history of this system 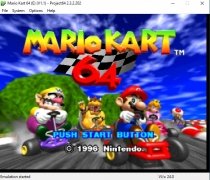 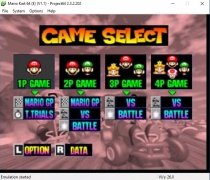 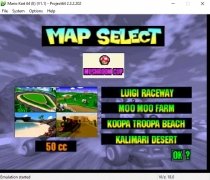 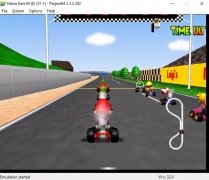 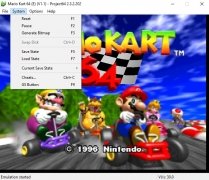 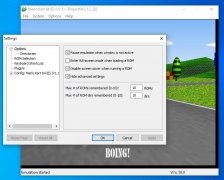 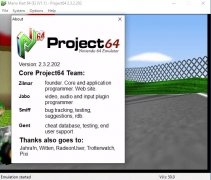 If you were a kid during the mid-90s', you'll probably remember how Sony and SEGA's video consoles, PlayStation and Saturn, revolutionized the world of home gaming with their 32-bit systems, leaving the popular Mega Drive and Super Nintendo way behind.

And precisely Nintendo's response was to counterattack with a new video console that beat its two rivals in terms of processor architecture: 64 bits for the Nintendo 64, a console that still used the old cartridge system and, despite its advanced technology, was in clear disadvantage regarding its competitors due to production costs as they already used CD-ROMs.

An emulator for Nintendo 64 games

In any case, it's a legendary video console. It doesn't matter if the Japanese company has just launched Switch, a crossover between a portable and desktop console: people still want to play on the N64. And although you should really buy a second-hand device if you want to live a 100% realistic gaming experience (or dust off your old one hiding somewhere in your cupboard), you can also resort to this emulator for PC that allows you to play all the games that hold an important place in history.

In Project64 Emulator we'll find an emulator that works with game ROMs that aren't included in the program but that you can download for free from different webs, ready to be run. And if you're wondering how many games can be played, we have to say that it's compatible with almost the entire catalog of games, offering most of those titles with the graphical and audio improvements provided thanks to the technical enhancements of modern computers.

Bring back the best games of the video console that replaced the legendary Super Nintendo.

The program comes along with instructions about how to save games or use the emulator. In any case, it's really easy: download the ROM and open it in the program from its folder, or simply drag it and drop it onto the application's interface to get it running.

The latest stable version is 3.0.0 but you can still download previous versions such as 1.6, 2.1 or 2.3. Don't forget it's an emulator for Windows and that for the time being there's no APK for Android or development for Linux.

Project64 Android 2.3.3
Other languages
We use our own and third-party cookies for advertising, session, analytic, and social network purposes. Any action other than blocking them or the express request of the service associated to the cookie in question, involves providing your consent to their use. Check our Privacy Policy.