QuickTime is an excellent multimedia player for Mac. Download QuickTime for free so as to be able to play any video, audio and film in MOV file format 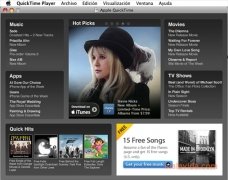 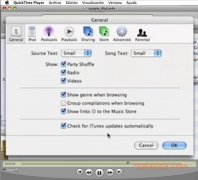 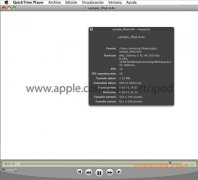 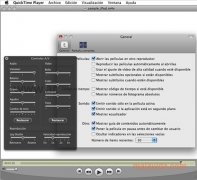 Leticia Sorivella
May 24, 2013
0 / 10
QuickTime is a free multimedia player that is included by default on Apple computers. With it we will be able to play many video and audio files, including those that use its native format, known as .mov. This application has less known capacities like the possibility to play static images, graphics and virtual reality films (VR).

QuickTime is compatible with the formats that are most used over the Internet to broadcast films, documentaries and entertainment programs: MPEG-1, MPEG-2, MPEG-4, H.264, 3GPP and 3GPP2, among many more. If there are any formats that can't be read, here at Malavida.com you will be able to find complements and plug-ins, like Perian and Flip4Mac, that will help you to make it compatible with more formats.

The application has a pay version, QuickTime Pro, that includes a vast variety of functions that make it a very complete multimedia player.

In its free version we can now enjoy a fullscreen mode and the possibility to add subtitles that can be found in the same folder and with the same name than the film.

As the multimedia core of Mac OS X, QuickTime Pro is essential for all Apple devices.