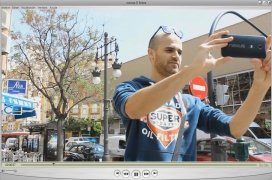 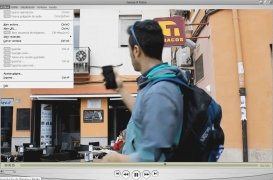 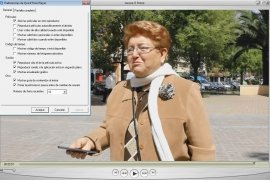 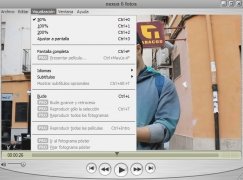 QuickTime is Apple's multimedia player par excellence. Ever since it was first released in 1991, it has consolidated as the default multimedia player for the computers of the Californian company, whilst it has also landed on other operating systems, as is the case of Windows, where it arrived in 2009.

Although it's true that it goes way beyond the functions of a simple multimedia player: in line with similar programs such as VLC Media Player, it's capable of behaving like a complete multimedia system capable of playing audiovisual contents in high quality from storage units or straight from the Internet, also being able to broadcast contents online via streaming.

QuickTime is the perfect player for all your digital multimedia contents.

With the quality assurance of a brand like Apple, it's capable of playing all the audio and video formats by this company, including MOV and QT, the use of which is rather extended on the Internet due to the high quality of its contents and the small size of the files. Furthermore, it also offers compatibility with a wide range of formats, that can be increased by means of the specific codecs.

In turn, this software is also ideal to play high definition files thanks to the use of a codec called H.264, also known as AVC (Advanced Video Coding). This technology allows you to play very clear images that are considerably better than the standards of other quality formats like DVD and DivX.

Having said that, for the general user, the free version is more than enough to enjoy high-quality multimedia contents over both the network as well as on the PC.

Antony Peel
Apple Computer, Inc.
Over a year ago
More than a year ago
40 MB

QuickTime Mac 7.7
Other languages
We use our own and third-party cookies for advertising, session, analytic, and social network purposes. Any action other than blocking them or the express request of the service associated to the cookie in question, involves providing your consent to their use. Check our Privacy Policy.