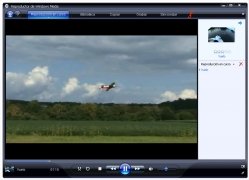 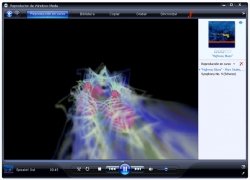 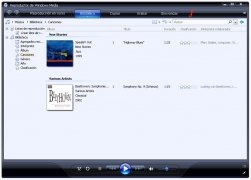 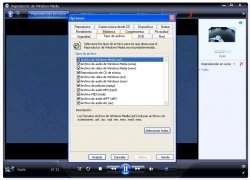 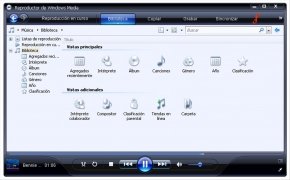 When Windows Vista was first launched, Microsoft included a new multimedia player: Windows Media Player 11. It is a quality tool to be able to play video and audio on your computer. You can also record songs on a CD or extract them to include them in a WMP playlist.

In some senses, it has meant the continuity of functions that we had already seen in versions of Windows XP, but in others, it clearly improved many features and brought along new functions:

A multimedia player perfectly adapted to the environment of the operating system designed by Microsoft.

Manage your library with a customized WMP

Among all the updates introduced in this media player, WMP 11 allows the customization of the player by means of themes and plugins that you can download and install for free. A feature that's very similar to those that can be found in one of the most popular media players for Windows PC, Winamp. Although it's not the only option to adapt the user interface to your own liking because during the installation process you can control what you install so that you can decide what menu bars you want to appear on the GUI.

And it obviously offers you functions to control your library. Organize your files and manage them in an efficient manner so that accessing them is as easy and fast as possible.

What about version 11 of WMP? Can it run on these operating systems? Well, as you've probably gathered, it can't. For the most recent versions of Microsoft's OS you can use WMP 12, adapted to the features of 7, 8.1, and 10. Version 11 no longer receives any support or updates, just like Windows Vista and XP don't either.

In any case, some people still use these operating systems. If you're one of them, you might find it useful to download Microsoft's multimedia player.