12.12.5.8 iTunes is the all-in-one multimedia player, music and video store and content manager necessary to synchronize your iPhone and iPad with a Windows PC
8/10 (269 Votes)
Download 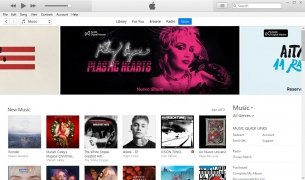 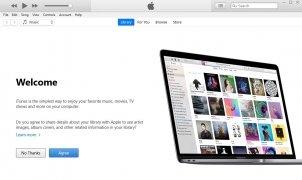 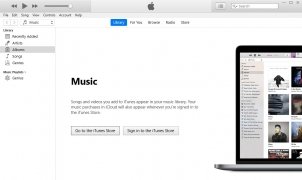 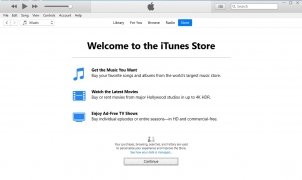 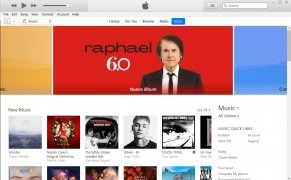 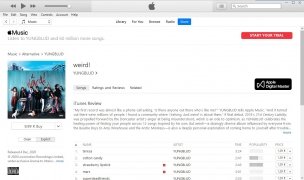 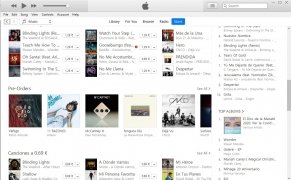 When someone asks you to define exactly what iTunes is, you initially don't really know what to answer because it covers such a wide range of functions and features revolving around multimedia contents such as music, videos, and movies. On the one hand, it's much more than a simple multimedia player from which you can enjoy and organize all your songs and videos because it's also a store where you can purchase audiovisual contents to expand your library. But on the other, it's also a content manager with which you can sync your iPhone or iPad with a Windows PC.

The door to access millions of songs, albums, artists and playlists.

And if that weren't enough, it has also become the operational center for Apple Music, the music streaming service developed the guys at Cupertino to compete with Spotify and Deezer, as well as an access point to hundreds of online radio stations organized by genre (alternative, pop, rock, hip-hop, jazz, dance, country, metal...) and Beats 1, Apple's new station hosted by the famous DJ from New Zealand, Zane Lowe.

All in all, any user of an iOS device needs to have this program installed on his computer to make the most of his phone or tablet, although it's also very useful for any other persona that has never touched an iPhone or iPad before. Such a popular piece of software among users of any platform that its downloads figure in the range of billions and it has even given its name to a music festival.

Where does it keep all my music?

Many users want to know what iTunes exactly does with all the music downloaded or imported from CDs and where it keeps it. The answer is quite simple: within your My Music folder on your PC, accessible through C:\Users\username\My Music, you'll find a folder called iTunes with all the library files that control the contents added, how they're organized and additional information, such as playlists, for instance. Furthermore, inside that folder, you'll find another one called iTunes Media, where all your multimedia files are stored, including those imported from discs as well as audio, video, or movies.

But, if on the contrary, you're looking for the location where the firmware downloaded to your iPhone or iPad is stored, you're definitely in the wrong directory. Those IPSW files are stored in a hidden folder at C:/Users/username/AppData/Roaming/Apple Computer/iTunes/iPhone Software Updates, so you're going to have to enable the option Show hidden folders to find it.

iTunes Mac 12.8.2
Other languages
We use our own and third-party cookies for advertising, session, analytic, and social network purposes. Any action other than blocking them or the express request of the service associated to the cookie in question, involves providing your consent to their use. Check our Privacy Policy.