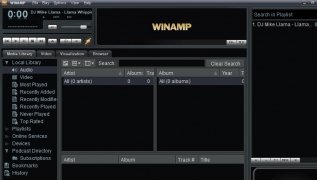 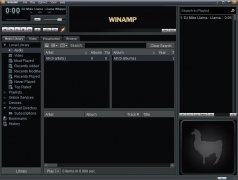 Back in 1997 many people hadn't even heard about the existence of the MP3 audio format. The latter, born in 1987, was capable of reducing to only a few MB the size of a song thanks to its digital compression system. The rest of the story is well-known: a revolution in the music industry model that in only a few years, and thanks to the Internet, has changed the business forever.

The truth is that in this era, all these changes that are subject to the development and evolution of online technologies take place very quickly, and we've seen how MP3 has moved on from being a physical format killer (mainly CDs) to being killed by music streaming services of the likes of Spotify, Apple Music or Deezer.

A classic MP3 player that doesn't want to die.

In any case, going back to MP3 and to 1997, we're talking about one of the most popular and charismatic audio and multimedia players in history: Winamp Media Player, with a version for Windows PC, but also macOS and Android smartphones and tablets in APK format.

Acquired by AOL during that Internet frenzy we suffered at the end of the 20th and beginning of the 21st century, it soon became one of the best and most popular music players for PC that stood out not only due to this function but also for its customization possibilities thanks to its skins as well as its extensions that allowed us to adapt its functioning to our needs. And although its latest stable version was released in 2013 and it has been sentenced to death, it's still surviving in a context in which anything offline seems to be doomed.

Listen to and manage your music collection, play videos, and listen to the radio on the Internet.

The main features of Winamp

These are the functions included by default in the latest version. They've been gradually included version after version, moving on from the simplicity of the old 0.92 to the recent 5.666.3516 from December of 2013:

As we said a few lines above, one of the most acclaimed functions of this player can be found in its customization options. It allows the installation of plug-ins by means of which we can change its appearance as well as being able to add new features that expand its functions, such as equalizers with default audio presets.

Another interesting aspect is that it's not only about playing local media, as it makes the most of its connectivity functions to play your music collection from any other computer by means of the Remote option, as well being able to tune into online radio stations that broadcast exclusively for this software. This function can be considered a true alternative to Spotify and other apps that offer us online radio.

In November of 2013, before the release of the latest stable version, its developers announced the death of the project. However, thanks to an enthusiastic user community that hasn't let it die and thanks to a signature campaign the situation became more notorious and Radionomy purchased its operation rights.

However, ever since then we've hardly heard any news about the software, although we can still download it free and continue to enjoy its features and functions, as well as the improvements implemented by thousands of users from all over the world by means of skins and plugins on Windows 10 and previous versions of Microsoft's operating system (8, 8.1, Vista, XP...).