5.5 R4 3DS Emulator is an emulator for Windows PC of the Nintendo 3DS portable video console with which we can run all its games from our computer's desktop
7/10 (93 Votes)
Download 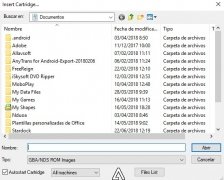 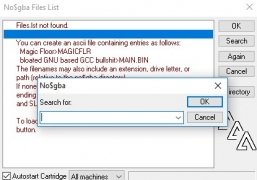 Nintendo shouldn't hear about this otherwise it will get angry. You know how distrusting the Japanese company is in terms of protecting the intellectual property of its video games and that's why it sabotages (usually by means of lawsuits) anyone who tries to take profit of its developments.

Play on the 3DS on your computer

But it's hard to stop every single attempt and that's why we can make the most of emulators for their video consoles such as DeSmuME or this R4 3DS Emulator, with which we can play the games developed for the Gameboy 3DS. With this software on our computer, we can run loads of video games, simulating the double screen of the portable video console made by the Japanese company.

The way of playing versions of 3DS games on our PC.

However, those games aren't included so you'll have to download the ROMs to your computer making use of different resources on the Internet. In any case, once you've got hold of them, you'll only have to search for them on your PC to run them. It's basically a virtual machine of the likes of BlueStacks that's capable of running Android's APK files but adapted to the 3DS.