Retro Game Center is an emulator of old video consoles for Android with which you can bring back all your favorite NES, Game Gear or Master System games 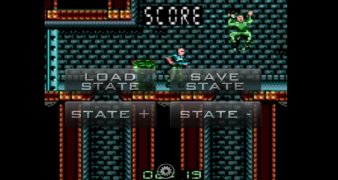 If you're feeling a bit nostalgic about the video games from younger years or if you're still young but you want to check how the old guys had fun on their video consoles from over 20 or 30 years ago, you can now download Retro Game Center. It's an emulator of old video consoles for Android with which you can bring back all the titles of the best machines from yesteryear.

This app allows you to access an online catalog of video games or load whichever ROMs you already have on your device. Thus, you can play all the best titles from decades ago with controls adapted to each system and even compatibility with external gamepads by means of Bluetooth.

These are the video consoles compatible with this universal emulator:

Its compatibility makes it a great alternative to MAME for Android, for instance.