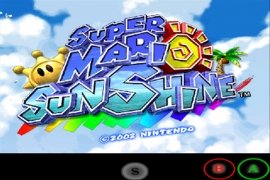 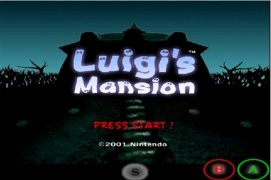 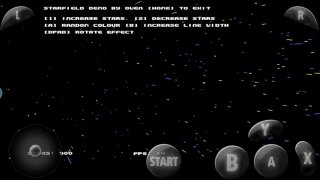 Wii and GameCube games running on your smartphone or tablet's screen.

The truth is that Dolphin has earned itself a deserved name as one of the best Nintendo emulators available for Windows PCs, Linux, and macOS. Unfortunately, the APK version for Android isn't as stable as we would like since it's still in Alpha development stage. However, despite having a few flaws, it's one of the most reliable alternatives to play video games on our smartphone.

This is an open-source project that was started in 2003. At this stage, over 200 people have already taken part in this project that has nothing to do with the Japanese video gaming company.

How does this Nintendo emulator work?

If you've played with MAME you should already know that these kinds of programs work by loading ROMS. Simply add the directories to be scanned by means of the Browse Folder function. Then load the game files and choose which one you want to play from the list. Now cross your fingers, if everything is OK and your device is powerful enough, you'll soon have the video game on your screen.

With regard to the compatible formats, it supports the following: GCM, ISO, GCZ, WBFS, DOL, ELF, and DFF. However, the requirements are quite demanding so you might have some trouble trying to configure the program.

If you come across problems during the installation, or any other moment, the developers offer us guides to show us what to do and what steps to be taken to configure the program appropriately, add games and fix any other problem.

The developers of this application answer this question very clearly on their own website: from nowhere at all. Therefore you should convert the games that you had bought legally for your console to the corresponding format.

So now that you know, start playing different versions of Dragon Ball, Zelda, or Super Mario on your mobile device.

It is a version under development that can be updated several times a day each time a developer introduces new changes. The changes made can vary from the implementation of improvements to bug fixes, as well as modifications that are totally seamless to the final user. The latest versions have included changes in order to improve the Android user's experience.