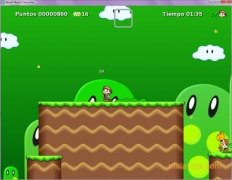 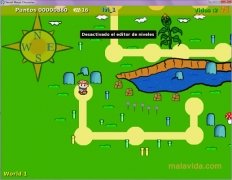 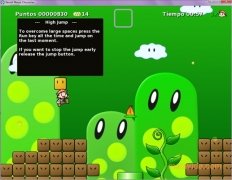 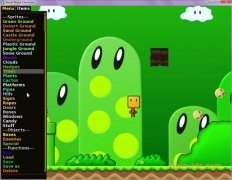 Maryo isn't a plumber, neither does he have to save a Princess named after a fruit, and he isn't precisely Italian. Maryo is definitely not Mario. But you'll also enjoy his adventures in Secret Maryo Chronicles.

A Mario clone for PC

This game bases its aesthetics and how it works on the renowned title by Nintendo, managing to create a really addictive game, with outstanding quality and functioning and that is especially entertaining.

You can save your game whenever you want so that you'll be able to continue your adventures after taking a break from the game. Furthermore, it offers you the possibility to open the level editor and to change any aspect of each level so as to be able to increase the difficulty, for example.

During his adventures, Maryo will be able to take on various states: small, normal, fire, star and ghost, each one with its own properties and virtues.

Secret Maryo Chronicles Mac 1.9
Other languages
We use our own and third-party cookies for advertising, session, analytic, and social network purposes. Any action other than blocking them or the express request of the service associated to the cookie in question, involves providing your consent to their use. Check our Privacy Policy.