Skype is the most popular chat, instant messaging, call and video call client in the world. Communicate for free with any other user of this application 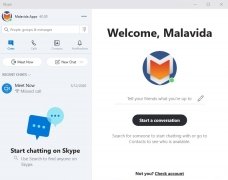 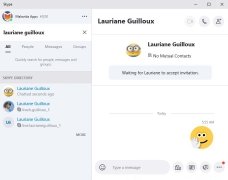 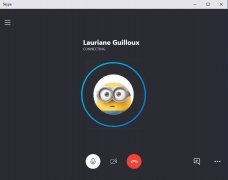 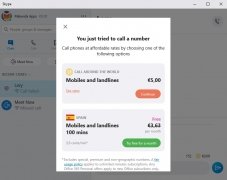 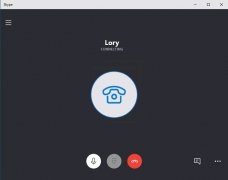 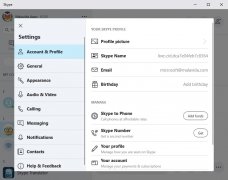 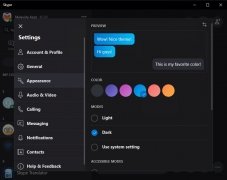 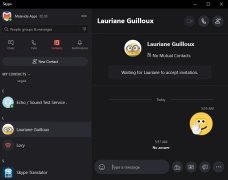 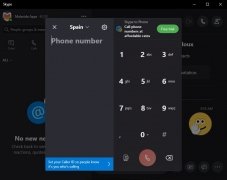 Text messages, calls and video calls to and from phones and PCs

One of the applications that has contributed the most to make the text, voice and video over the Internet protocol, aka VoIP, so popular is definitely Skype. This tool was designed back in 2003 in Estonia and was purchased by Microsoft in 2011.

Free communications with phones and other computers

One of the most important features of this tool, that has brought in so many users, is its price: it's free. Anyone can download the client and register as a user without having to pay anything. However, some of its features do require a payment.

Back then it became the natural substitute for Microsoft's Messenger, but beyond the possibility to exchange written messages, it was its capacity to make phone calls between computers or between a PC and a phone at incredibly low rates that made it so popular.

What sort of communications does it offer?

Its features allow us to use it however we wish. These are the free services offered:

And these are the functions you can make use of once you've paid a small amount of money:

The possibilities it offers make it an extremely valid tool for home communications, but also corporate communications, using it for video conferences, text messages, and group chats or communications. But this presence in business environments has led people to question themselves about its security.

Its massive use not only on Windows but also iPhone, Android, Mac, Linux and its web version, have led many people to question the security and integrity of the information transmitted. Not only users worried about their privacy, but also people willing to violate that of others. The fact is that it was one of the services affected by the NSA spyware known as PRISM, so ever since it has always been surrounded by plenty of controversies, and some users prefer alternatives like Tango.

How much does it cost? Is it expensive?

It's one of the most popular questions about this program and the answer obviously depends on how and how much you use it, but no, it isn't expensive at all. You have to take into account that its use doesn't depend on the data plan contracted:

Credit can be recharged in lump sums between 10 and 25 euros and you can configure it to recharge automatically when you run out of credit.

In turn, you can use a subscription plan by means of monthly fares to call mobiles and landline phones. Fares depend on the number of minutes and plans to call Europe and the rest of the world, ranging between 1.08€ and 12.69€.