Slugterra: Slug It Out 2 iPhone

In Slugterra: Slug It Out 2 for iPhone and iPad we'll find a match 3 video game that's more dynamic and complex than the majority of titles of this genre 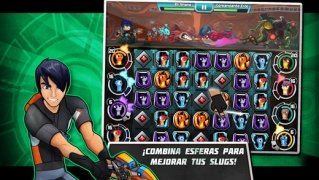 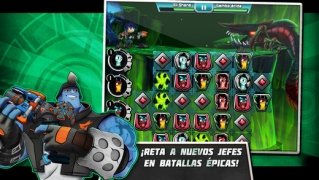 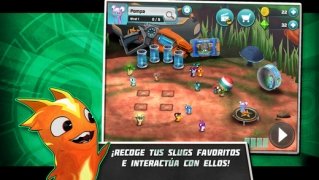 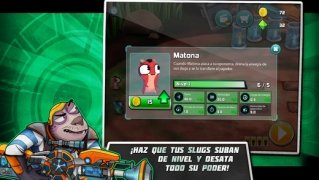 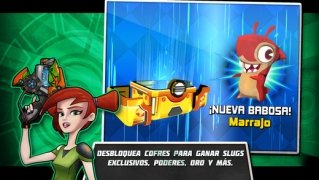 It's quite usual that successful cartoon TV series come along with all sorts of merchandising such as toys or movies. And as of lately, video games are also released to promote them, being Android and iPhone the favorite platforms for these titles.

And now it's turn for the popular Disney and HBO series with the second part of a game that takes us back to a subterranean world full of caves created by Asaph Fipke and in which our character will have to rule over the slugs that live underground.

You're the hero of Slugterra: don't disappoint them.

You'll take on the role of Eli Shane who, in Slugterra: Slug It Out 2, will join his friends Pronto, Trixie and Kord to protect Slugterra just like has father did. His best weapon to do so? His slug gun.

How to play Slugterra?

Before you start, you should know that you're about to download a match 3 game, in order words, you have to combine 3 or more identical elements on a panel. However, that doesn't prevent it from offering us a great dynamism in which you only have to worry about collecting as many slugs as possible that will end up transforming themselves and unleashing their super powers, being able to increase their experience level for battles in order to face up against final bosses with full guarantees.

A really exciting adventure, whether you're a fan of the series or not, as it goes slightly beyond traditional games about matching three or more elements on a panel.

Slugterra: Slug It Out 2 Android 2.9.3
Other languages
We use our own and third-party cookies for advertising, session, analytic, and social network purposes. Any action other than blocking them or the express request of the service associated to the cookie in question, involves providing your consent to their use. Check our Privacy Policy.