9.5.0.0 The new operating system by Microsoft, Windows 8, doesn't include a start menu, but you can always download Start8 free of charge to solve this problem
7/10 (15 Votes)
Download 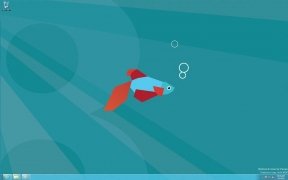 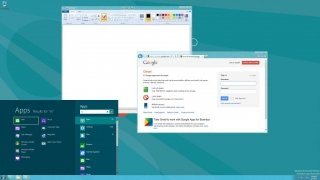 The new Windows 8 operating system designed by Microsoft has caused commotion among users thanks to innovations like the Metro interface, but some users that prefer the old interface, have found a small drawback when it comes to using the conventional version, because it doesn't include the start menu. This can be fixed with Start8.

The basic principle of Start8 is very straightforward, it adds the start menu that is so well-known in previous versions of Microsoft's operating system. Now many users will have access to the start menu once again, and will find it a lot easier to find and browse between the applications installed.

But on top of this, it also adds some additional options that many users will find really useful. Among the obvious functions added by Start8, the user will find the following features:

Thanks to these functions, those users that haven't felt entirely comfortable with Microsoft's new operating system will have the possibility to enjoy the advantages it offers without what may be considered one of its major drawbacks, by downloading Start8 for free.

Antony Peel
Stardock Corporation
Over a year ago
More than a year ago
10.4 MB