Play Super Mario Pac. You have to build the pipe that will take you to the next level after locating the pieces on the map. Download Super Mario Pac free 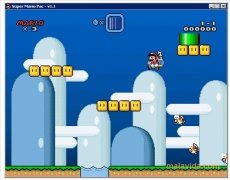 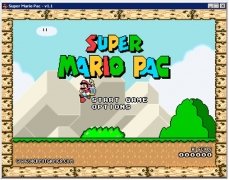 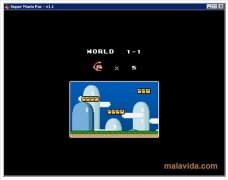 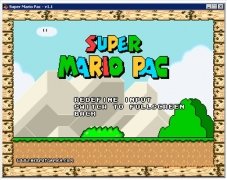 Mario, as well as being Nintendo's emblem, is one of the most popular characters of the video gaming world and has been the main character of dozens of different games, where he has had to complete all kinds of tasks and defeat all sorts of evil villains.

Now, thanks to Super Mario Pac, we will have a different way of enjoying the adventures of this curious plumber, because on each level we have to gather the different pieces that are necessary to build our pipe and thus be able to reach the following level.

The main innovation of this title is that we will move thanks to a jetpack propelled by water, something that although it's innovating isn't so surprising, because we have seen Mario dressed up as a raccoon, a turtle or launching fireballs in other games.

With regard to the graphic aspect of Super Mario Pac, we have to highlight that it maintains the classic video game's appearance, the same that made it one of the most important games of all times.