2.0.2.538 Talking Tom Pool is a puzzle game for Android with the characters from the Talking Tom franchise in which we'll have to remove floats from swimming pools
7/10 (335 Votes)
Download 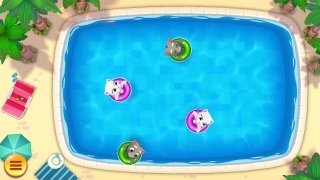 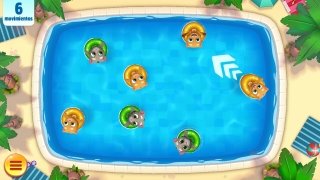 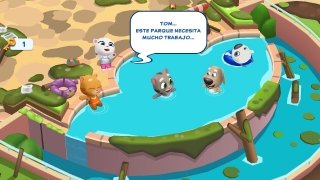 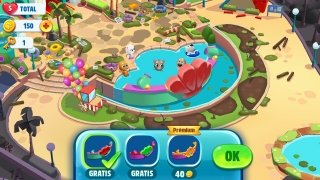 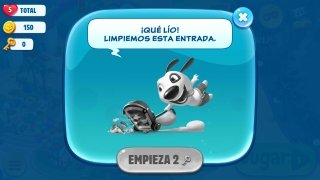 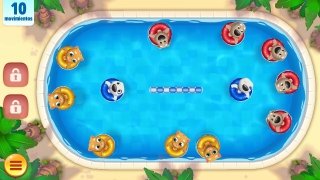 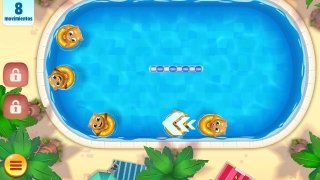 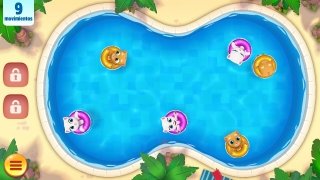 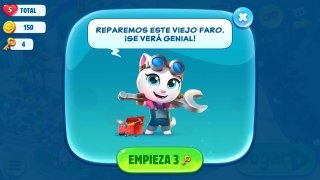 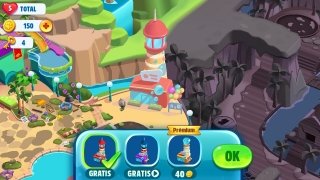 Talking Tom has become a mass phenomenon with millions of downloads and several spin-offs featuring Tom, as in this case of Gold Run, or other characters from the game.

The guys at Outfit7 aren't tired of creating and this time around they're back with a puzzle game that takes place in a swimming pool: it's called Talking Tom Pool and it features the childish versions of different characters such as Tom, Angela, Hank, Ben, and Ginger.

Build your own water park

The gameplay is really simple: you have to clean a swimming pool full of rubber rings, and you can only do so by shooting floats against others of the same color. Because if they're not the same color, you'll only make them rebound moving them all around the swimming pool. For such purpose, you'll have to stretch the floats to throw them with more strength.

Completing the levels will allow us to earn keys to unlock different improvements for the pool. The latter will reveal new worlds full of pirates, dragons, and more characters, as well as different water rides.

Use the power-ups available to get rid of all the rubber rings.

This puzzle game based on the Talking Tom franchise comes along with the following features and functions:

And as usual, you'll be able to get hold of improvements and special powers by means of in-app purchases. Don't hesitate to download this APK if you're looking for a fun and entertaining puzzle game for Android.

Help the angriest birds to recover their eggs

Solve the puzzles by folding the papers to compose drawings

Talking Tom Bubble Shooter PC 1.5.3.20
Other languages
We use our own and third-party cookies for advertising, session, analytic, and social network purposes. Any action other than blocking them or the express request of the service associated to the cookie in question, involves providing your consent to their use. Check our Privacy Policy.