4.3.6 Total Video Converter is an efficient tool to convert the format of video and audio files and that, amongst its main functions, also incorporates an editor
8/10 (12 Votes)
Download 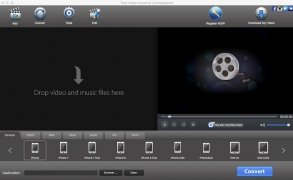 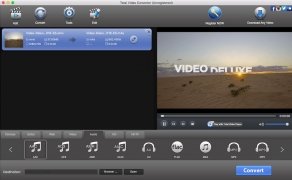 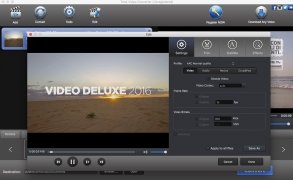 We're here to talk about an intuitive, fast, and efficient tool to convert both audio and video on a Mac. It offers us high-quality results and can run conversion processes up to 30 times faster than many of the tools on the market. We're referring to Total Video Converter for Mac.

Compatible with over 250 formats and almost any device

It doesn't matter if it's a format of the likes of Windows Media Video or if you've recorded the video on Android. Total Video Converter recognizes the file and is capable of converting it to the format of our choice, whether a video or an audio. In fact, it also allows us to extract sound from video files.

It also offers us editing tools and the possibility to create optical discs such as DVDs, but the best thing we can do is list the main features of this program:

Furthermore, one of its greatest features is the simplicity of its interface, which will allow any user without an extensive knowledge handling computers to master it quite easily.

Considered by many as the best video editor for Mac

Total Video Converter PC 3.71
Other languages
We use our own and third-party cookies for advertising, session, analytic, and social network purposes. Any action other than blocking them or the express request of the service associated to the cookie in question, involves providing your consent to their use. Check our Privacy Policy.