Modify the appearance of the Start menu of your Windows XP and change if for that of Windows Vista and 7. All you have to do is download ViStart for free 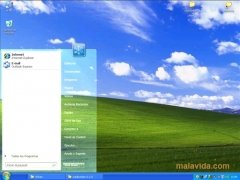 The graphic evolution of Windows operating systems has been almost non-existent, Windows 95 and 98 were practically identical, Windows XP included the themes, but it wasn't until Windows Vista that the interface received a real revision, that has been maintained in Windows 7, with a few improvements that the users of Windows XP will also be able to enjoy thanks to ViStart.

Bring the Windows 7 and Vista menus to Windows 8

This application changes the aspect and features of the Start Menu of Windows XP and makes it look and work like Windows Vista and Windows 7. The Windows XP operating system appeared at the beginning of 2001 and is still being used on many computers nowadays. It's stable and reliable, and even though the new systems have gained in usability, Windows XP is still as valid, but nevertheless some of the improvements, like the one applied to the Start Menu, are a real step forward, and that is why using ViStart can make a real change.

Once the file has been opened and launched, our taskbar and the Start Menu will change, and their appearance and features will look like those of Windows Vista, having a totally up-to-date start menu with shortcuts and many of the functions of Windows XP's older brother.

Antony Peel
Lee-Soft
Over a year ago
This year
1.2 MB