10.17091.10381.0 Windows DVD Player is an application developed by Microsoft simply to be able to play DVDs containing movies, TV shows, and all sorts of video files
8/10 (67 Votes)
Download 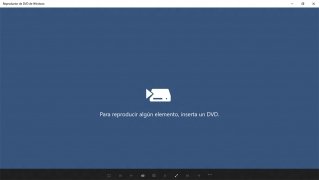 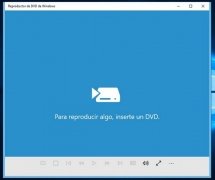 Some people say that DVDs are dead but they've also been burying physical formats for quite some time and DVDs are still alive and kicking. Maybe because Blu-rays haven't managed to reach all homes possibly because, despite their greater capacity, users no longer have the need to use this format thanks to the popularity of web services that offer us online contents via streaming.

However, there are loads of people that still use DVDs because their capacity guarantees a decent quality to be able to play videos and movies, as well as supporting other kinds of data.

Microsoft's journey to the past

But it's still surprising that at this stage Microsoft has developed its own DVD player for Windows. And not only because of the development but also due to the price it's offered at since we can't download it for free: it costs almost $15.

This Windows DVD Player for Windows 10 offers us a very functional interface without any complications: just insert the disc and control its playback with the button bar on the lower part of the screen: play, sound control, fast forward, rewind, go backward and forward through chapters or scenes, stop, pause, full-screen...

Functional player that looked good 20 years ago but that today is missing functions.

Can I use it to play Blu-rays? No, not even that, only DVDs. Does it read data DVDs? Neither, only movies and videos... We'd have no complaints if we lived back in 1998, but it's quite deficient for the needs of any modern user. It's easier to resort to alternatives of the likes of VLC Player, and not only because it's free but also due to the possibilities offered.

One of the best DVD players on the market

A small and powerful multimedia player

Multimedia player so you can enjoy videos and films