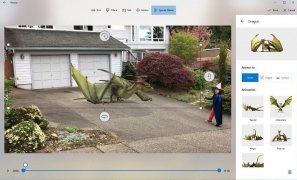 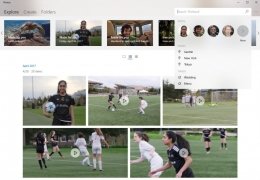 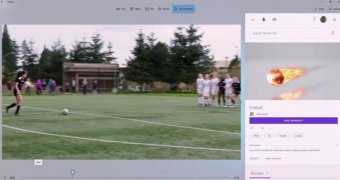 If you recall previous Windows editions, such as 7 or Vista, you're probably familiar with the video editor that was incorporated to the Live Essentials pack. We're obviously talking about Windows Movie Maker, a software that allowed us to create and compose videos without reaching the complexity of other professional image editing programs of the likes of Adobe Premiere, AVID Final Cut or Pinnacle Studio. Its objective was that anyone with basic computer knowledge could create videos with great high-quality results.

Unfortunately, the Live Essentials utility pack is no longer among us and Microsoft has finally announced Movie Maker's substitute: Windows Story Remix. This editor once again offers the user the tools necessary to carry out simple yet well-crafted edits on home videos. Following suit to its predecessor, it allows us to use photos and videos to easily create a story capable of describing a day in our life, a mood or an experience.

From basic video compositions to adding and mixing 3D objects or drawing on them.

The main feature of this software can be found in its artificial intelligence system. It's capable of creating a clip with transitions and a copyleft soundtrack with the elements we provide it with, without having to do anything else, although we can also apply the changes of our choice. And if we don't like it, no problem: just press the remix button and it will mix all the elements again to offer us a new result.

Furthermore, Story Remix comes along with an iOS application for iPad and iPhone, as well as an APK for Android smartphones and tablets. These two mobile apps sync with the desktop version so that any video recorded with these devices becomes automatically available in the PC version.

When is this video editor going to be out? Its release date is scheduled for the fall or end of 2017 and it will be incorporated to a new build of a Windows 10 update so it looks like we won't be able to download and install any standalone version.