A bootable USB that allows you to install Windows Vista, Server 2008 or Windows 7 using a USB stick. A great resource to use on the tiniest netbooks 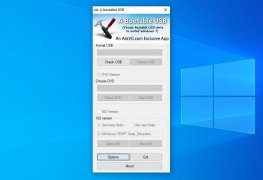 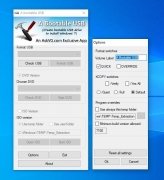 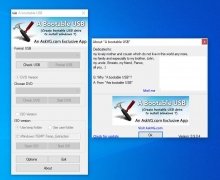 As smaller and smaller computers and portable memories with greater capacity appear on the market, many operating systems can be launched or installed directly from a USB pendrive. Until now, this wasn't possible with Windows, but thanks to A bootable USB we'll be able to install different versions of Microsoft's operating system from a pendrive of capacity.

How to make a bootable USB for Windows

The application works by means of 3 simple steps:

The application can be installed or, on the contrary, it can also work as if it were a portable application, allowing us to choose just before we launch it for the very first time. So, if you have an operating system and would rather not use the CD/DVD player to install it, download A bootable USB for free and install it as soon as possible.

This kind of application is very useful on Linux systems and distros like Ubuntu or Arch Linux.

This program is ideal for older operating systems such as Windows XP, Windows Vista or Windows 7; it's perfect if you want to restore and old PC. It'll be much harder to use it to create a bootable pendrive for Windows 10.

Obtain a copy of your Windows XP in LiveCD format

Generate your own Windows installations by means of USB