Agena is a programing language developed to be used in science, mathematics, linguistics and with graphics. Download Agena to be able to start programing 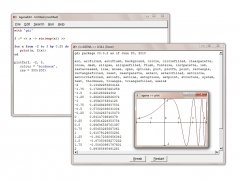 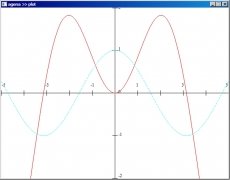 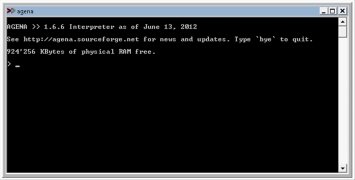 All types of programing languages are developed, each of which is more or less complex depending on the purpose it has been developed for, thus when it comes to choosing an appropriate programing language it is a good idea to take into account what its going to be used for. And if speaking about linguistics one of the best options is Agena.

At a glance Agene seems like a simplified adaptation of Algol 68 that implements certain elements from Maple, Lua and SQL, but it is actually quite a bit more, offering the users a quick and simple way to implement their idea, be it to carry out mathematical calculations or to process text correctly.

The language's design is such that is can easily represent graphs, create flexible data structures, simplify package management or complete intelligent processes.

Agena can be used in two way, because it includes its own command line terminal in which the users will be able to define all process as well as including a graphic interface called AgenaEdit in which it will be possible to complete all the actions visually.

Download Agena to start programing with a language that is easy-to-use.