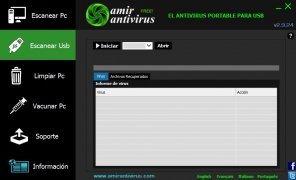 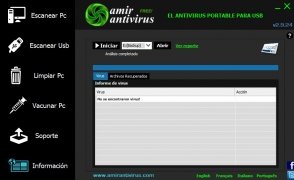 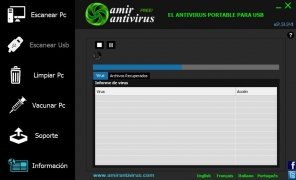 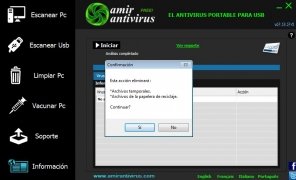 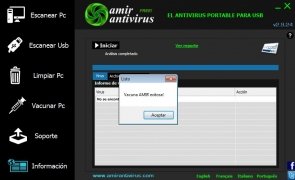 The usefulness of antivirus is an eternal debate on behalf of both defenders and detractors. We're not going into that matter, but if you think you need one, Amir Antivirus can help you out in risky situations.

An alternative to online antiviruses and the perfect complement for AVG, Avira, Avast!, Panda, Norton and Co.

A portable antivirus on your USB

It's compatible with Windows from version XP onwards and the fact is that it has been designed to remove viruses that spread through removable units, working as a complement for the antivirus installed on your PC. It doesn't require an install, just download it and run it.

Amir Antivirus not only works against viruses but also removing junk files from out computer and recovering hidden files on removable units, such as hard drives or pendrives.

Antony Peel
Amir Antivirus
Over a year ago
More than a year ago
2.2 MB

The best protection against viruses and malware