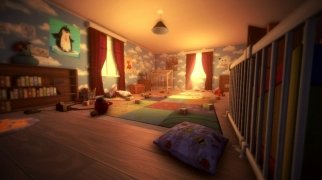 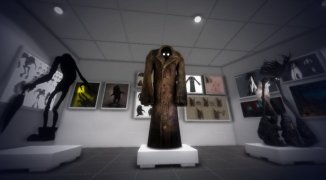 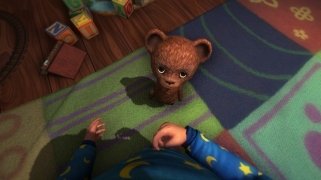 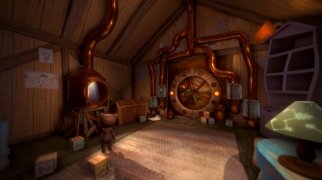 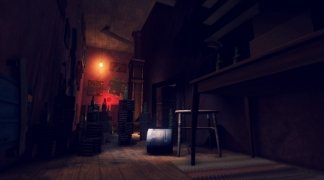 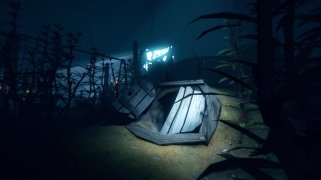 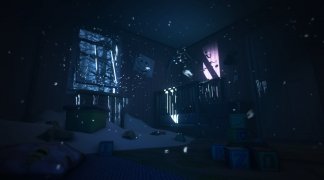 You probably still remember some of the nightmares you had as a kid due to the fear you felt. You can now relive the experience if you're into horror games thanks to Among the Sleep.

A world of kids' nightmares to be explored

It's an indie game in which we'll take on the role of a two-year-old kid which we'll control in first person and with whom we'll explore an environment of fear and mystery. We'll have to overcome our own weaknesses and our fear to face up to the different dangers we'll come across.

The story starts on our birthday and with our present: a teddy bear that seems to come to life... but we don't know if it's real or only part of our prolific imagination. After a time playing with him, he will invite us to a really dark place and that's where we'll start discovering new adventures.

The game offers us a first-person point of view but at a lower angle because kids aren't very tall, as you probably know. Some of the situations will remind us of video games of the likes of Five Nights at Freddy’s or Hello Neighbor, therefore, if you're into this kind of game, you'll be delighted with ATS. However, its developers have been capable of creating their own atmosphere with great detail.

Don't hesitate to download this demo and make the most of one the most attractive horror games at present.

Antony Peel
Krillbite Studio
Over a year ago
This year
1.6 MB